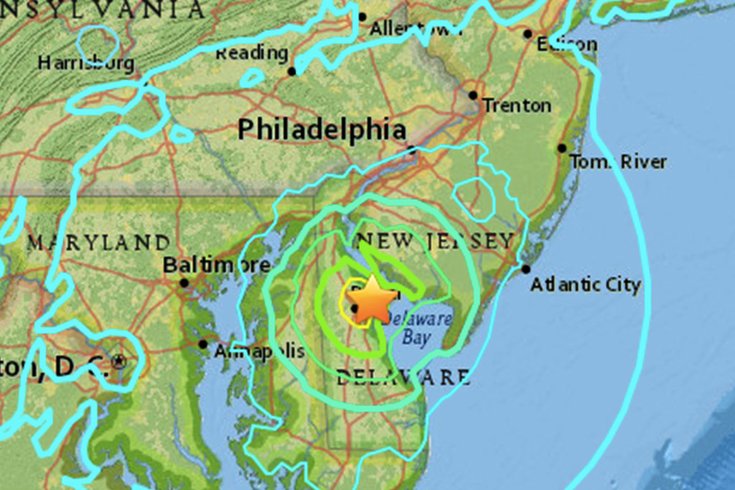 Did you feel that? Relax, you're not the only one.

An earthquake – and a relatively strong one at that – shook the Philadelphia area and beyond Thursday afternoon and sparked a social media firestorm.

Did the earth just quake or am I crazy?

Pretty sure we just had a baby earthquake here in Philadelphia.

I thought i was having a stroke

The 4.1-magnitude quake originated just off the Delaware Bay coast near Dover.

The largest earthquake to hit Philadelphia in recent memory was in 2011, when a 5.8-magnitude quake centered in Virginia throttled the city and was felt from Georgia to Canada.

Users from New York to Washington, D.C. took to social media shortly after the shake.

Here's a quick look at some of the reaction:

We felt that. #Earthquake

Was that a baby Earthquake or am I tripping 🤔 #DSU

Earthquake felt in Philly? Okay. This year keeps on getting weirder.

Did anybody else feel that lil earthquake

My house shook and had me confused.. Felt my second earthquake in a few years.. This isn’t supposed to happen in Philly lol

felt it in the DC area too (barely)

Felt the quake all the way up here in Old New Castle. Thanks to Twitter for confirming I wasn’t crazy. #NETDE

There were, of course, some who poked fun at the response from the East Coast, which isn't too accustomed to this sort of thing.

Devastating photo of damage caused by the #earthquake ... Philadelphia needs your prayers. pic.twitter.com/mAWBpdWJYr

The #earthquake in DC was just our forefathers collectively rolling over in their graves... pic.twitter.com/AmnoKhkPDF

Everyone on the east coast right now: #earthquake pic.twitter.com/c2ckPQMEnG

Who felt it?! #earthquake pic.twitter.com/HXVKKkc78J

Me when I felt my house shaking in Baltimore #earthquake pic.twitter.com/sMveaD0Nym