The Phillies pitcher will be the newest brand ambassador for the Pa. brewery 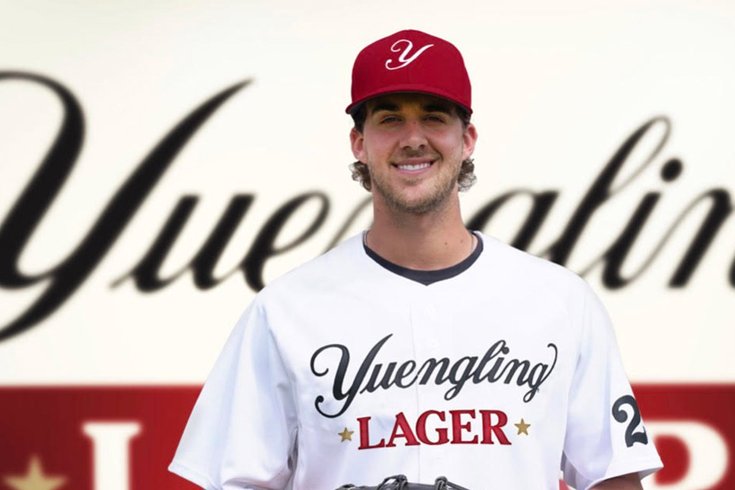 Under his partnership with Yuengling, Phillies pitcher Aaron Nola's will make personal appearances and promotions on behalf of the Pennsylvania brewery, including the chance to win a Yuengling home vending machine.

Aaron Nola will be the newest brand ambassador for D.G. Yuengling & Son, Inc, the company announced on Monday.

His partnership with the Pennsylvania beer company will include appearances and fan meet and greets. The company will host special promotions for fans to meet Nola. He will also be featured in local Philadelphia advertising, and the family-owned company will support Nola's local efforts. (Earlier this year he gave a speech at Hopkinson Elementary School in North Philly for the Shred Hate campaign, which seeks to end bullying.)

Nola talks of his excitement to be with the family-owned business, noting, "Yuengling holds a special spot in my heart." He adds, "I had my first Yuengling Lager after being drafted by Philadelphia and I haven't looked back. The fact that America's Oldest Brewery is family owned and operated is important to me as I value family over everything."

With his four-year contract extension in place, it's pretty clear this Louisiana native and former LSU Tiger has acclimated quite well to the Philly lifestyle. He talks drinking the beer even when he’s back home. “I love cracking open a cold Yuengling whether it's a day fishing with my dad and brother back in Louisiana or after a big game.”

I’m partnering with @YuenglingBeer as their newest brand ambassador. Yuengling’s been my go-to ever since I first tried it back when the Phillies drafted me. Excited for what’s ahead and stay tuned for more. #ad

D.G. Yuengling & Son brewery is located in Pottsville, with a second brewery in Tampa. In business since 1829, the brand is available in 22 states and was named the top-selling craft brewery by The Brewers Association five years in a row. Yuengling has partnerships with the Philadelphia Phillies, Philadelphia Flyers, and Philadelphia Wings.