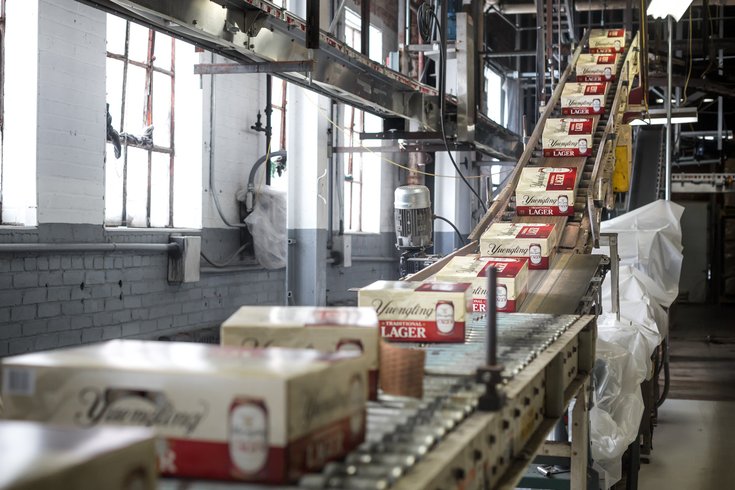 For the fifth straight year, Pottsville’s D.G. Yuengling & Son Inc. was named the top craft brewer in the game.

RELATED: Yuengling plans to open a beer-themed hotel in Tampa

The brewery began producing beer in the 19th century, and at 190 years old is the oldest brewery in the country. Yuengling led the list, followed by a former No. 1, Boston Beer Company, which manufactures Sam Adams brand beers.

The Brewers Association list is based on the volume of  beer sold. Even stacked up against non-craft breweries, Yuengling ranks sixth in the country in sales by volume, according to the association.

Other Pennsylvania breweries, or at least Pennsylvania-connected breweries on the list include Artisanal Brewing Ventures, which owns Downingtown’s Victory Brewing, and Hersehy’s Troegs Independent Brewing. But climbed a few spots each on the lists.

This year, Artisanal Brewing (owners of New York's Southern Tier Brewing and Sixpoint Brewery in addition to Victory in Downingtown, Chester County) ranks 11th among craft brewing companies and 20th among all brewers, up from 14th and 24th, respectively, in 2018.

Troegs jumped to 27th among craft companies and 37th overall, up from 30th and 40th, respectively, last year.

The only other beer maker from the region on the list is Dogfish Head Craft Brewery in Milton, Delaware. Once the smallest brewery in the country, Dogfish Head rank 13th on the craft beer sales volume list and 22nd on the overall list.