ABC's 'The Goldbergs' headed to Hersheypark in a new episode 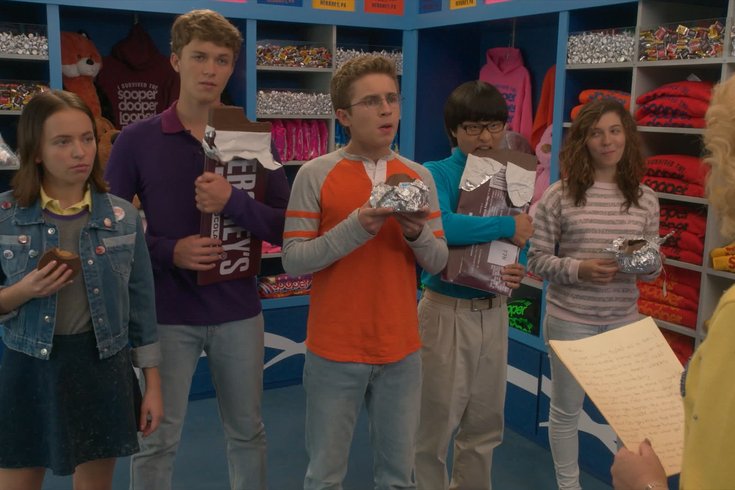 We can smell the cocoa.

ABC’s ode to eastern Pennsylvania, “The Goldbergs,” is heading toward the middle of the Keystone State in the series’ next episode.

The family will take a trip to Hersheypark for some extremely large chocolate bars and, according to a press release, some Sooperdooperlooper references.

MORE CULTURE: Oscar contenders, Kevin Hart movie to show at Philadelphia Film Festival | What to expect at the Franklin Institute's new 'Vikings: Beyond the Legend'

It’s also expected to feature footage of the famous Hershey’s Kisses streetlights from the town’s main drag, according to PennLive, even though the show is filmed in California.

A 14-second teaser featured another example of the types of candy-related jokes we can expect from Adam Goldberg’s newest homage to his home state:

“I hear the streets are paved with nougat!”

The Goldberg family has sent plenty of shoutouts to Philadelphia, both big and small, over the years, including highlighting former South Street haunt Zipperhead; featuring current Eagles radio personalities Mike Quick and Merrill Reese; and a pair of Flyers shoutouts in the same season.

The Hersheypark episode will air Wednesday, Oct. 17, at 8 p.m.