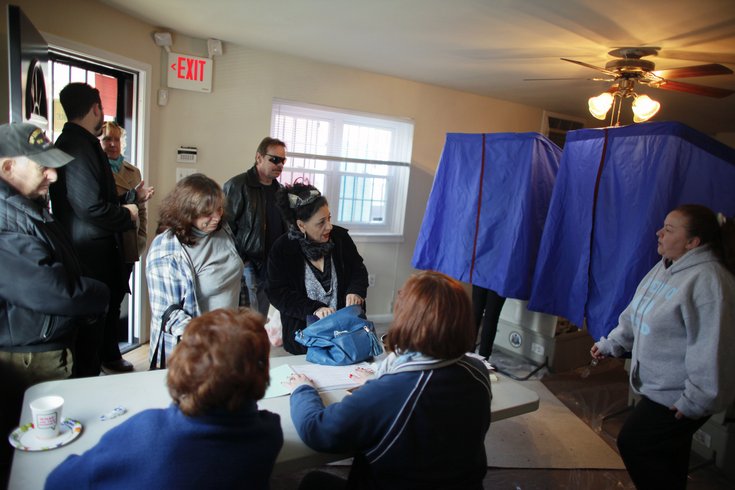 With less than a week left until the general election, Philadelphia District Attorney Seth Williams was sure to address any speculation of wrongdoing within the city's election system Wednesday.

“The coverage of this upcoming election is unlike anything we have seen before, not to mention the fact that one of the nominees for president has been making false allegations about the integrity of Philadelphia’s elections for weeks now, but we are ready,” District Attorney Seth Williams said in a news release. “The Election Fraud Task Force is ready to respond to whatever happens on Nov. 8 and I want to make sure each and every Philadelphian who has a concern or is experiencing difficulty casting their ballot calls us.”

Williams said that the city's Election Task Force, available via hotline at 215-686-9641, is preparing to ensure ... a fair election.

The task force responds to any claim of illegal voting, write-in issues, intimidation and more. Williams also announced that there would be more than 70 Assistant District Attorneys as well as many detectives to assist any voters with concerns that they may have.

Williams' message comes after Republican nominee for president Donald Trump's claims that Democratic nominee Hillary Clinton will "rig" the election in her favor.

Trump has said publicly, that if he doesn't win Pennsylvania, a battleground state, that it's because of fraud in Philadelphia.

“We have to make sure the people of Philadelphia are protected that the vote counts are 100 percent,” Trump said recently while on a campaign stop in Wilkes-Barre, Pa. “Everybody wants that, but I hear these horror shows. I hear these horror shows and we have to make sure that this election is not stolen from us and is not taken away from us. And everybody knows what I’m talking about.”

Pennsylvania has consistently voted for the Democratic nominee for president since 1992, but, it has almost always been a tight call.

While most counties in the state are made up of a majority of Republicans, Philadelphia holds a population of 1.5 million who are mostly registered as Democrats.

While many of Philadephia's city officials are calling Trump's bluff, a recent 6ABC report claimed to have found at least five cases in which votes were cast by deceased individuals.

"We take every accusation of voter fraud seriously," Schmidt said. "When it is grounded in fact and evidence we refer it for investigation and prosecution. But that's not what we had here. We told them before the show aired that this was not voter fraud in these cases."