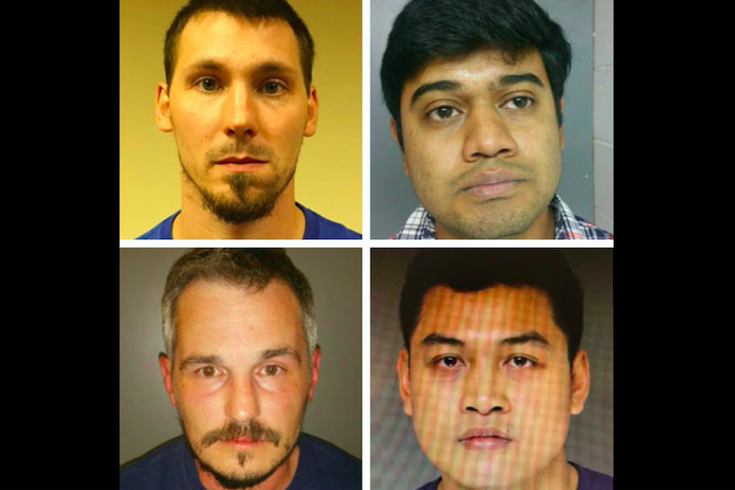 In separate incidents, the four defendants named below allegedly solicited sex from an undercover agent posing online as a 13- or 14-year-old minor.

Each of the defendants was arrested at a designated meeting location known only to the agents and alleged perpetrators.

“These four defendants were seeking sex from children they met online,” Shapiro said. “Thanks to the relentless efforts of agents in our Child Predator Section, in collaboration with local and federal law enforcement, these predators have been arrested and taken off our streets. The Office of Attorney General has a zero tolerance policy for the sexual abuse of children.”

All four men are charged with unlawful contact with a minor and criminal attempt to commit involuntary deviate sexual intercourse.

Suspected predators can be reported by calling the Child Predator Hotline at 1-800-385-1044. Submit a tip on child predators by texting “PAKIDS” followed by your tip to 847411.