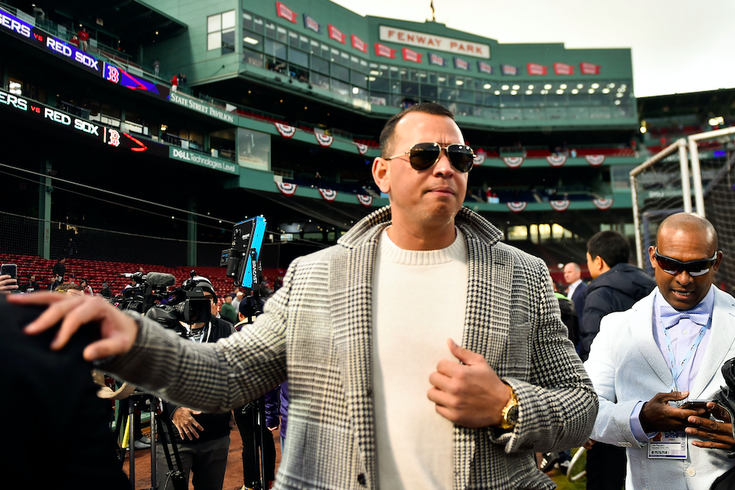 ESPN announcer and former MLB All-Star Alex Rodriguez lost $500,000 in jewelry when his rental car was burglarized in San Francisco on Sunday, August 11, 2019. The incident occurred after Rodriguez called a Phillies-Giants game.

If you thought the Phillies had a rough outing Sunday night in San Francisco, you ought to hear what happened to the man in the broadcast booth.

ESPN announcer Alex Rodriguez was reportedly burglarized of half a million dollars worth of jewelry and other goods after calling the Giants' 9-6 win over the Phillies, according to the San Francisco Chronicle.

Rodriguez and several other ESPN production staffers were using a rental Nissan SUV. When they went out to dinner after the game, Rodriguez parked the car about three blocks away from Oracle Park.

Between 9 and 11 p.m., police said someone broke into the car and stole the jewelry along with a laptop, a camera and a bag.

Burglary investigators in San Francisco are reportedly treating the case as high priority. The city's problem with car break-ins has been labeled an "epidemic" after nearly 30,000 such incidents occurred in 2017.

Nobody wishes this kind of thing on anyone. You have to hope Rodriguez has the best insurance out there and didn't lose anything of significant personal value to him. It does make you wonder whether some force in the universe is a rare Gabe Kapler fan.