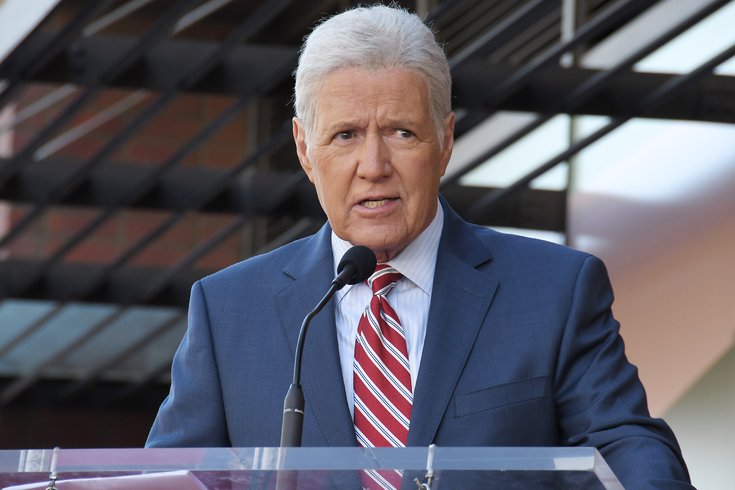 Alex Trebek's final episodes of 'Jeopardy!' will air the week of January 4.

"Jeopardy!" fans saw Alex Trebek host a new episode of the show for one of the last times Monday night — and he shared an important message.

In what ended up being one the last shows he recorded, Trebek asked viewers to help victims of the coronavirus pandemic, the Associated Press reported.

"We're trying to build a gentler, kinder society, and if we all pitch in just a little bit, we're going to get there," Trebek said in his opening remarks for the episode.

“[He] gives us this amazing speech about the tough times we’re in and the importance of us as a country, as a community, humanity, coming together and being there for each other,” Richards said.

Before Trebek died of complications from pancreatic cancer last November, the show had pre-recorded episodes that were rolled out over the past few months — the last of which will air this week.

Richards said Trebek was "an absolute warrior" while filming his last episodes. The beloved host had been in the hospital just 11 days before filming the final episodes and was getting chemotherapy weekly.

"He was in enormous pain," Richards said. "He was, you know, 10 days away from passing away. And you will not sense that in any of these episodes."

Trebek hosted the show for a three-decade run and became a nightly fixture in many homes.

"The prognosis for this is not very encouraging, but I'm going to fight this," Trebek said when he initially announced his diagnosis.

The last of Trebek's episodes were previously slated to air over the week of Christmas, but they were pushed to this week so more viewers could tune in.

The show will see a handful of interim hosts before a dedicated successor is chosen. The first stand-in will be long-standing "Jeopardy!" champion Ken Jennings.

Trebek's final episode will air Friday as scheduled, but Richards said there will be a special tribute to him that runs at the end of the episode.

Richards also told NBC that Trebek told him he wanted to stay out of choosing his successor.

"No one is going to replace him, and he knew that," Richards said.