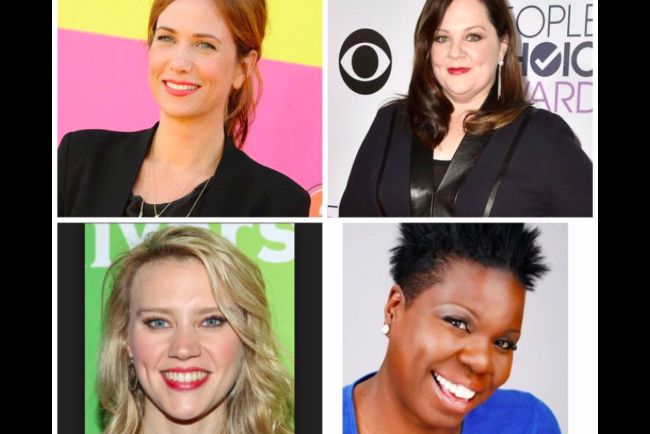 Who ya gonna call? Apparently, an all-female team of "Ghostbusters," according to a teaser on Twitter by director Paul Feig.

Feig posted a photo collage of the likely cast of his "Ghostbusters" spinoff on Tuesday.

It appears that Kristen Wiig, Melissa McCarthy, Kate McKinnon and Leslie Jones will star in the all-female reboot, which Feig announced will hit theaters in summer 2016.

In other news, #Ghostbusters will be hitting theaters July 22, 2016. Save the date!

The Daily Beast reports that Feig confirmed that he’d be directing the project in October, with Katie Dippold writing the script.

According to The Daily Beast:

Feig said that this reboot would unequivocally not be a sequel, and that the humans wouldn’t be afraid of ghosts at the start of the film because they haven’t encountered them yet. He also said the villain would be a convicted murderer—hopefully played by Peter Dinklage—who turns into a ghost during a botched execution.

This apparently will give Dinklage’s character the power to raise an army of ghost villains, which could be famous people throughout history.

The all-female reboot is receiving mixed reactions on Twitter:

I for one am excited by the upcoming all female Ghostbusters remake! For too long, ridding ghosts has been seen as a mans job #Trailblazers

It's like my bigoted uncle warned me, "Allow gay marriage and there'll be severe flooding and female Ghostbusters."