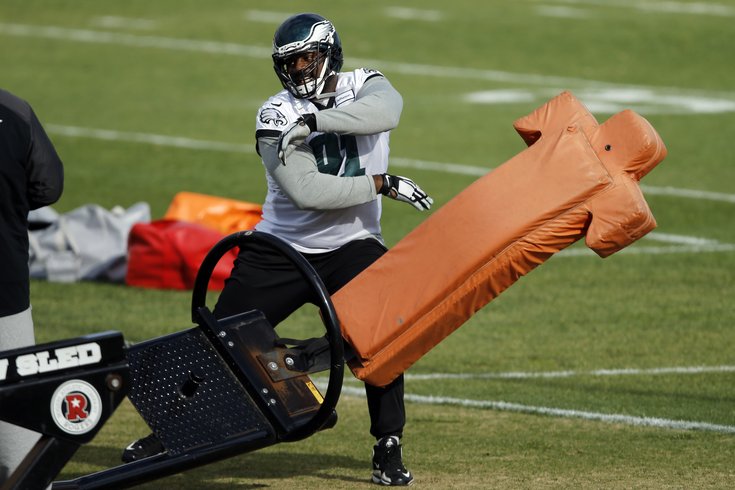 The Eagles finished 7-9 this year, in a season that was far worse than their actual record, and their defense finished 30th in yards allowed (although much of that was the offense's fault). And so, I'll just go ahead and assume that reflected poorly on Fletcher Cox, who somehow didn't garner first team All-Pro honors.

Instead, for the second-straight year, Cox was named second team All-Pro. Cox had nine votes as a DT, and two as a DE. He finished behind Aaron Donald (no issue there), who had 47 votes, and Geno Atkins, who had 23. A comparison of Atkins' numbers vs Cox's:

Cox's numbers are better, and he did his damage playing in a two-gap system that often prohibits him from attacking up the field and making plays. Somehow, Atkins had more than double the votes Cox had.

The fact that Cox's votes are split between DT and DE is kind of telling. A DE in a true 4-3 is nothing like a DE in a true 3-4. From a voter perspective, it's almost like they didn't know where to place Cox.

"Is he a DE? By title, sure. But he's really more like an interior defensive lineman, which more closely resembles a DT. Ah, screw it, my brain hurts. I'll just vote for Khalil Mack and Geno Atkins."

Oftentimes you'll hear that the Pro Bowl is a popularity contest, and that All Pro voting is more accurate. That's true, however, the All-Pro voters mess it up sometimes too.