Allentown actor stars in Disney+ movie by the 'Spotlight' director

Winslow Fegley, 11, is Timmy Failure and his sidekick is a giant polar bear 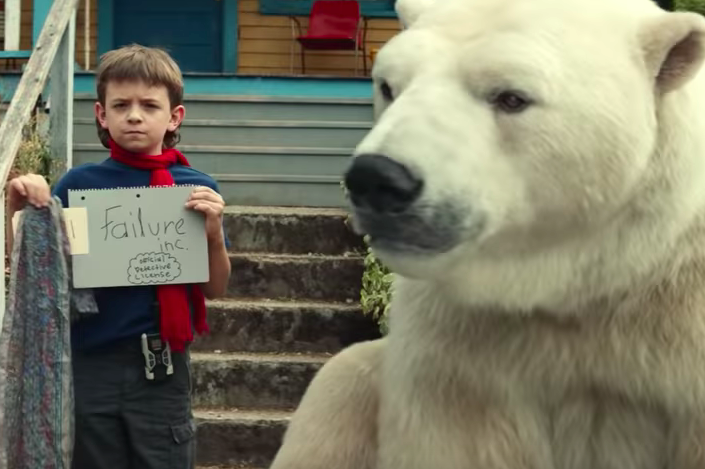 Allentown-native Winslow Fegley stars in 'Timmy Failure: Mistakes Were Made,' a new movie streaming on Disney+. Fegley plays a boy investigator growing up in Portland, Oregon, who has a polar bear sidekick named Total.

Fegley plays the lead character in the film, which follows a boy investigator named Timmy Failure growing up in Portland, Oregon, whose sidekick is a gigantic polar bear. The bear is cleverly named "Total." Whenever investigations get Timmy into trouble, he responds with his catchphrase "mistakes were made."

Timmy Failure is the first movie by Tom McCarthy – no, not the Phillies broadcaster – the Academy-Award winning director. McCarthy is famous for his last project "Spotlight," the journalism thriller about The Boston Globe's reporting on abuses by Catholic church, which won Best Picture in 2015.

Around 800 kids auditioned for the part of Timmy before Fegley was selected for the role, the director told 6ABC. It is the young actor's first feature film.

The movie is based on the series of children's books by the same name, authored by Stephan Pastis, who wrote the screenplay with McCarthy.

"Timmy Failure" premiered Feb. 7 on Disney+ and is available for streaming now exclusively on the platform.