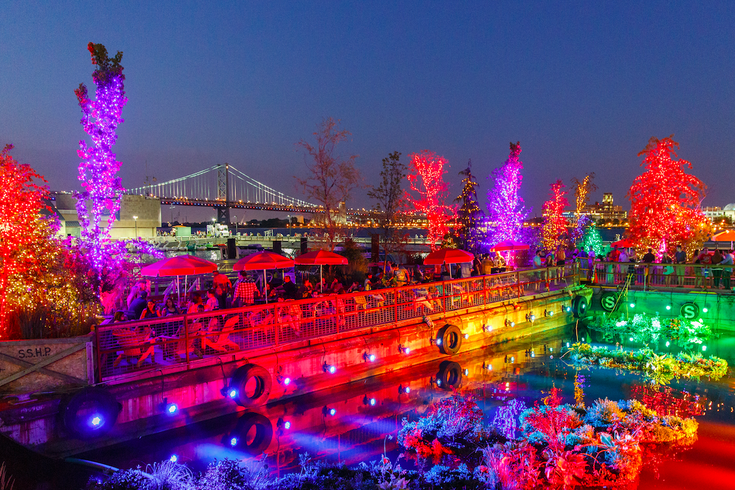 Change is coming in full force to the Penn’s Landing waterfront, from a $225 million makeover to the waterfront to renovation designs underway for longtime Penn’s landing structures. It might seem like the Delaware River Waterfront Corporation (DRWC) has its hands full, but alas: a new arts program is underway to continue this path of revitalization.

With a grant from the William Penn Foundation and the partnership of two design studios in tow, the DRWC has officially launched the Delaware River Waterfront Arts program. Though it technically kicked off a few months ago, DRWC held an official “Open House” at Spruce Street Harbor Park Friday to open the initial planning to suggestions from the community.

The open house is one piece of a six-month planning process DRWC has allotted to create a program that will be sustainable and wide reaching.

The final vision of the project will be a six-mile installation of “high-quality public and performance art,” stretching across the Central Delaware River waterfront from Oregon Avenue to Allegheny Avenue.

Philadelphia-based Interface Studio is working with Oakland-based Hood Design Studio -- which specializes in bringing art to the public space -- and will be instrumental to the planning process with DRWC.

In the immediate, the first project underway for Delaware River Waterfront Arts is to commission and install its pilot project. The site, concept, and artist are still TBD.