The Devon and Navy Yard locations will remain unaffected for now 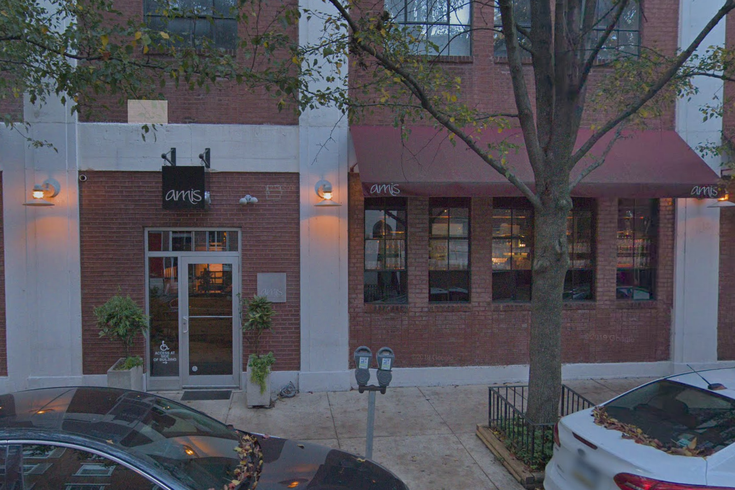 Amis Trattoria, which opened in Washington Square West in 2010 under Marc Vetri and was eventually sold to Urban Outfitters in 2016, will close at the end of August.

Amis Trattoria, the Roman-style Italian restaurant in Washington Square West which Philly restaurateur Marc Vetri sold to Urban Outfitters in 2016, reportedly is closing at the end of August.

The restaurant served as a neighborhood pasta spot for years and debuted to a three-bell review from the Inquirer’s Craig LaBan in 2010, but an Urban Outfitters rep confirmed to PhillyVoice on Thursday that the restaurant has reached its final months:

"After 10 wonderful years of serving Philadelphia, Amis Trattoria on 13th Street will close its doors on August 30th, 2019. We want to thank everyone who chose to join us for a meal throughout the years. It’s been a pleasure being part of Philadelphia’s blossoming food community under the leadership of Brad Spence, who we wish all the best as he continues on to new endeavors. As we near our final days, we hope to celebrate with you over one last bowl of our famous bucatini."

The Aug. 30 closing date coincides with the end of the restaurant's lease, the company said.

Spence, who was with Amis since it opened, has left the company, according to Philly.com.

Urban also operates Amis locations in Devon, Pennsylvania and Westport, Connecticut, and a Navy Yard location called Bar Amis. Those locations are, for now, unaffected by the closing of the brand’s flagship location, according to the company.

Just this week, Vetri announced his next restaurant venture: Fiorella, an intentionally diminutive pasta bar in the old Fiorella’s Sausage store in the Italian Market. Vetri purchased the store from the Fiorella family last fall, including the centuries-old cash register, which was stolen and then returned on the same day last week.