Anthony Bourdain coming to Philly for 'The Hunger' live tour

Culinary star to publish first cookbook in more than a decade 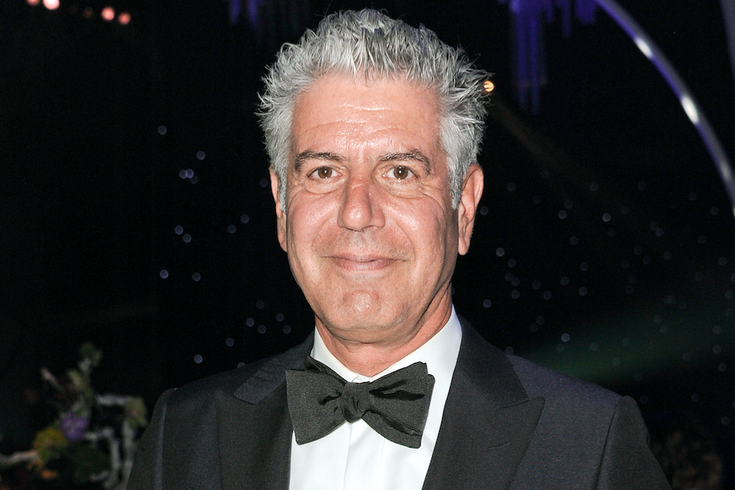 This Sept. 15, 2013 file photo shows Anthony Bourdain at the 2013 Primetime Creative Arts Emmy Awards Governors Ball in Los Angeles. Bourdain, Ina Garten, and Martha Stewart remain the names to beat in food broadcasting. For a second year running, the three dominated the top tier of television awards by the James Beard Foundation, winning for the same shows in the same categories as in 2014.

Culinary hero and globetrotter Anthony Bourdain will be making a stop at the Academy of Music in Philadelphia this Fall for a live tour coinciding with the October publication of "Appetites: A Cookbook," the first Bourdain cookbook to be released in more than a decade.

The "Parts Unknown" and "The Layover" star will look to duplicate the success of last year's "Close to the Bone" live tour, which hit ten cities during the summer but did not make its way to Philadelphia.

According to Eater Philly, "The Hunger" is described as "an unyielding, brutally honest monologue reflecting on diverse culture, street cuisine and [Bourdain's] travels to lesser-known locations around the world, followed by an open Q&A session."

The new cookbook, meanwhile, will feature 60-year-old Bourdain's best selection of recipes for home-cooking, "written with the no-holds-barred, no-bulls--t-allowed ethos of his beloved series, Parts Unknown." The book, to be published by Ecco on October 25, can be pre-ordered at a sale price of $37.50.

As for "The Hunger," the live tour will begin in New York City on Oct. 7 and hit 14 other cities through Nov. 18, with additional dates pending requests.

Bourdain will hit Philadelphia's Academy of Music on Wednesday, October 26. Presale tickets will be available starting May 2. Today marks the last day that fans can obtain a presale code to purchase tickets before they go on sale to the general public on May 20. A complete list of tour dates and information on "The Hunger" can be found here.