Q&A with Dan Fishback of Cheese on Bread 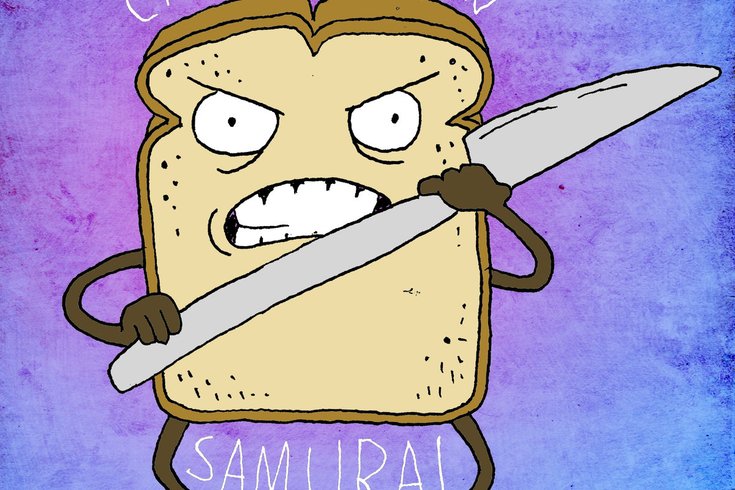 In the early 2000s, “anti-folk” was an acceptable thing to call music, and giants like Kimya Dawson stomped across the country playing shows for indie kids who didn’t mind sitting on the floor and paying attention to the lady in the bunny suit with the acoustic guitar. Nobody really calls it that anymore — “Juno” might’ve been its bottle rocket moment — but the music holds up.

In Philly, the aesthetic was epitomized by a couple Penn kids, Sara Kelly and Dan Fishback, who made sweet, catchy and decidedly idiosyncratic pop music under the name Cheese on Bread. Often they wrote songs of longing and desperation — upbeat acoustic rock anthems for people who felt marginalized for being shy, gay and/or brainy. To my ears, “Samurai” was the perfect Cheese on Bread song: Clever, funny, rockin’ and weird:

I never stopped writing Cheese On Bread songs in our decade-long hiatus, during which time I had my Saturn Returns and got really, really into ’90s rock bands with girl lead singers. As a result, our new songs are very anxious and have a full rock sound. They're about what it means to grow up but still deal with the same old conflicts, the same disappointments, the same awkward chaos. I think this music reflects where we are as a band, too — getting older, but still beset by a lot of the same passions and confusions of youth. We're in our thirties, and we all have other lives, but we can't seem to stop being in this preposterous rock band. It's like a compulsion. But it's the best compulsion I've ever had.

Which ’90s bands were you getting into?

Seems like anti-folk was always more of a scene than a specific sound — how do you feel about that term now?

I feel really lucky because I moved to New York and found an actual artistic community full of brilliant songwriters who were constantly churning out hit after hit. Early ’00s anti-folk was really intense! It was definitely more a community than a genre, and nowadays that community is much more about the friendships than the artistic collaboration, but I definitely have a soft spot in my heart for those years when it was just: new song, new song, new song, new song, and you never listened to the radio because your friends were enough. 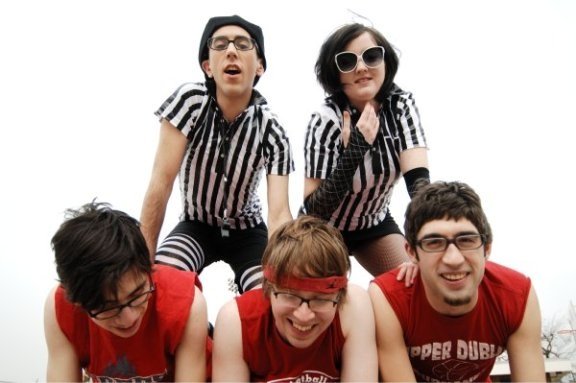 Do you look back fondly on your Philly days?

I look back fondly on being in Cheese On Bread during my Philly days. Those early years were tough. I was like 19, 20 years old. I remember feeling very isolated. It honestly wasn't until I met Sara and we started the band that I felt connected to the outside world. Now I can go back as a happy person and actually enjoy Philly. I recently spent a few months there and was completely in love with the city. Back then, I didn't feel like a real person unless Sara and I were bouncing around on stage for an audience of anti-war activists.

Lastly: Ask yourself a question and answer it. Anything at all. Go!

How about.... What are some of the highlights of the past 14 years of Cheese On Bread?

The obvious answers are opening for Ween and watching them play the same riff over and over again for like 40 minutes, or touring Europe, or the way we've bonded as friends through all our weird adventures. But for me, the best thing is hearing from younger queer kids for whom our songs have been really important. I'm making the music I wish I had listened to at their age. So I get all squishy when I get to make those connections.

The Cheese on Bread Kickstarter runs through June 30.