The latest iterations of the smartphone look basically like the iPhone XS, but have vastly improved features 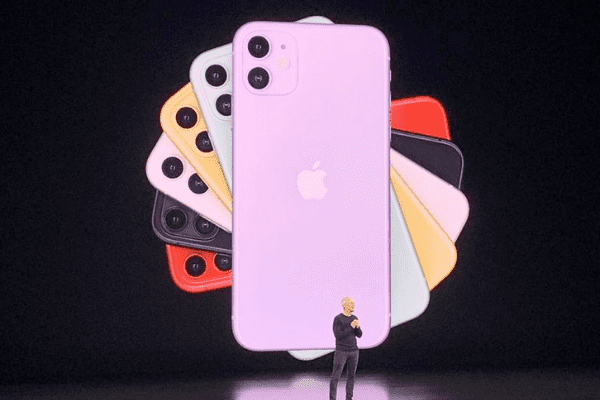 Apple officially announced its newest smartphone, the iPhone 11, on Tuesday at its annual September keynote event in California.

Apple officially announced its newest smartphones – the iPhone 11 and iPhone 11 Pro – on Tuesday at its annual September keynote event in Cupertino, California.

The iPhone 11 brings a 6.1-inch liquid retina display, and a dual-camera system which features a 12-megapixel ultra wide lens with a 120-degree field of view. The iPhone 11 starts at $699.

The iPhone11 is DUAL CAMERA with a 'wide camera' and an 'ultra wide camera.' #AppleEvent pic.twitter.com/QIIWFtAv8g

The Pro and Pro Max also feature the first-ever green finish for an iPhone, called midnight green. The Pro begins at $999, and the Pro Max begins at $1,099.

All the phones begin shipping Sept. 20.

These new phones were largely expected, as hordes of rumors building up to Tuesday's event seemed to indicate the company would be focusing on camera improvements with its newest batch of smartphones. The phone's design, outside of the new color options, remains the same.

Other products were also detailed at the event. The seventh-generation iPad has a 10.2-inch retina display, and starts at $329. The fifth series Apple Watch features a new always-on display with 18 hours of battery life, and starts at $399.