Aramark partners with Beyond Meat to develop plant-based menu 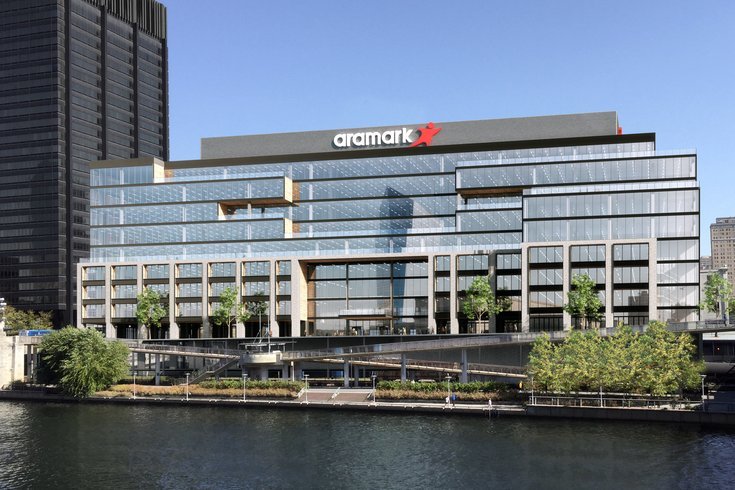 Aramark and Beyond Meat are teaming up to serve plant-based items at ballparks, hospitals, schools and businesses.

Philadelphia-based Aramark will soon be serving menu items developed in tandem with Beyond Meat, whose popular plant-based products have increasingly entered the mainstream.

The companies announced a partnership Monday that will expand the offerings Aramark serves clients in more than 20 countries around the world.

Aramark cited data showing that more than 60 percent of consumers want to reduce their meat consumption, mostly for health and weight management reasons. The company also described the move as a climate-friendly initiative to reduce greenhouse gas emissions.

“The trick for us is to develop and offer unique meatless options that taste great and appeal to consumers who might want to try something new and those who follow plant-forward diets,” said Heidi Hogan, vice president of Product Development and Culinary Innovation at Aramark.

The new items from Beyond Meat will include the company's burgers, sausage, crumbles and other products.

A Gumbo bowl option designed for hospital patients will be part of a pilot program to test the appeal of Beyond Meat's sausage at healthcare facilities. One plate, called the Twisted Beat, features New Orleans-style “dirty grains” and greens topped with Beyond Sausage.

Several ballparks also will begin to sell Beyond Burger items at their concession stands, including a Caribbean-inspired option at Minute Maid Park in Houston. Sausage and brat will be served at Kansas City’s Kauffman Stadium and Citi Field in New York.

Philadelphia's Citizen's Bank Park recently debuted a vegan cheesesteak developed by Questlove that uses Impossible Meat. It's not yet clear whether Beyond Meat options will be headed to Phillies games and the city's other venues in the near future.

Through its initiative with Beyond Meat, Aramark aims to have a menu that includes 30% vegan or vegetarian options.

“Early on, we understood that consumer preferences were driving a need for quality plant-forward offerings." Hogan said. "Our culinary team has been working with a broad range of plant-based products, to create more enticing menu choices.”