Up to Eleven's grand opening coincides with the Ardmore Rock N' Ride cycling event on Aug. 21 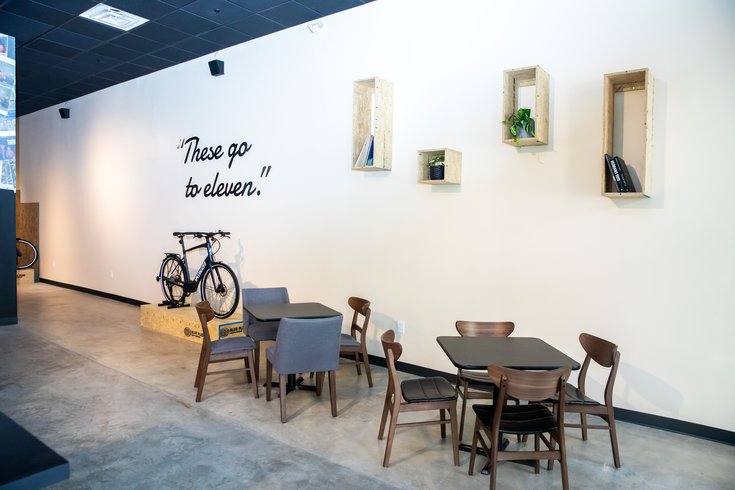 Up to Eleven, a new coffee and e-bike store, is opening in downtown Ardmore on Saturday, Aug. 21 to coincide with the Ardmore Rock N' Ride cycling event. Located in 65 Cricket Ave., the store is the brainchild of Separatist Beer Project co-founder Laura Fay.

Planning to roll through the Main Line during the Ardmore Rock N' Ride cycling event on Saturday? You're going to want to check out this new coffee shop that doubles as an electric bike store.

Located at the new Cricket Flats apartment building, Up to Eleven will hold its grand opening from 7 a.m. to 3 p.m. on Saturday to coincide with the cycling event that will take riders through downtown Ardmore.

The 2,000-square-foot store is the brainchild of Separatist Beer Project co-founder Laura Fay. She parted from the brewery to focus on her own projects about a year ago.

"My hope is that both worlds come together, and coffee shop goers develop an interest in our e-bike program, and our e-bike customers find a brand-new space to ride to for bagels, coffee and pastry," Fay said.

As for the e-bike side of things, Up To Eleven will feature Specialized's full line of Turbo electric bikes, which includes options for the casual commuter to the serious rider. 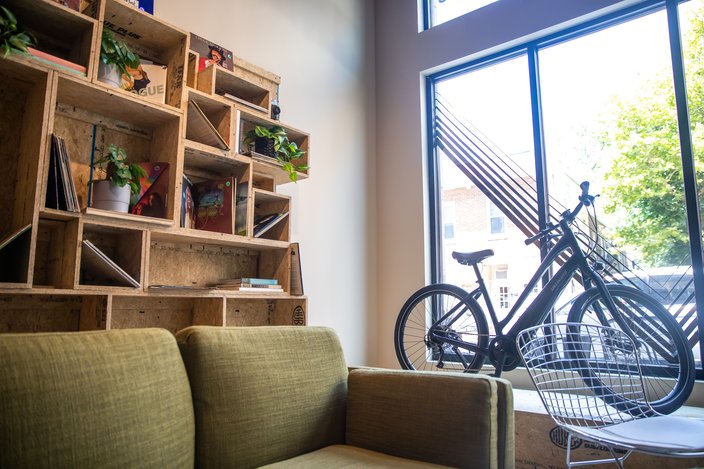 If you're participating in the Ardmore Rock N' Ride cycling event, bring your bike helmet into the store and receive a half-priced coffee.

Stop through Up to Eleven for a bagel or pastry during the Ardmore Rock N' Ride, and you'll receive a half-priced cup of coffee if you bring your bike helmet into the store with you. If you're interested in adding an e-bike to your fleet, a percentage of the store's bike sales during its first week of operations will be donated to Community Bike Works, a charity that teaches children life lessons through working on and riding bikes.

As for the name of the shop, Fay said she would often reference a clip from the movie "Spinal Tap" about amps that go to 11 when explaining electric bikes.

"I thought it was a good simile for electric bikes. All you have to do is replace the idea of the amps with bikes. Regular bikes go 1-10. Electric bikes go to 11," Fay said.

Turning it up to 11 also connected with the caffeine aspect of the shop.

For more information on Up to Eleven, visit its website.