The preview also features Tig Notaro, who replaced Chris D'Elia after the comedian was accused of sexual misconduct 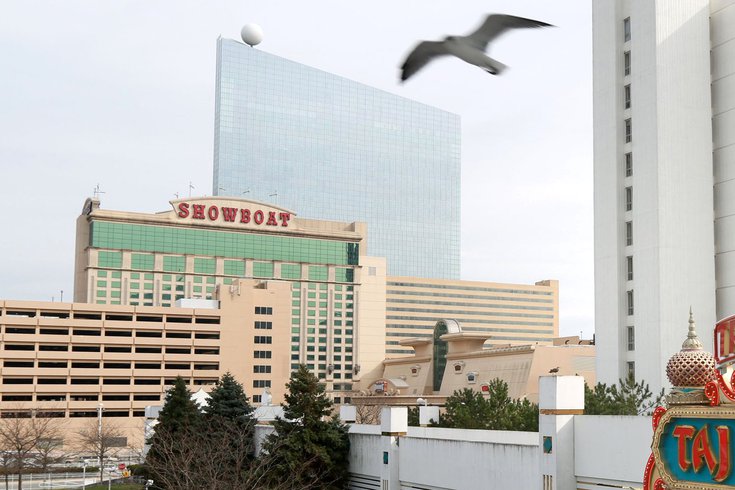 Some scenes from 'Army of the Dead,' an upcoming zombie apocalypse movie, were shot inside the Showboat Hotel, a former Atlantic City casino.

The trailer for "Army of the Dead" offers some quick glances inside the shuttered New Jersey casinos that filmmakers revamped for the movie — another apocalyptic zombie tale from director Zach Snyder.

"Army of the Dead," to be released May 21 on Netflix, follows actor Dave Bautista — of Marvel movie and professional wrestling fame — and a zombie-fighting crew as they venture into a zombie-filled "quarantine zone" in Las Vegas to retrieve $200 million trapped beneath the Strip.

Filmmakers used two abandoned casinos, the Showboat Hotel and the Atlantic Club Casino Hotel, as the backdrop for some interior casino scenes.

Synder described the way filmmakers utilized the casinos during a press conference for the trailer's premiere, hinting that some eye-catching moments took place in inside one of the casinos.

"We had to rebuild it, put all our own fog machines in, rebuild our own floor and we did a lot of action sequences there and it was really quite fun," said Snyder, who previously directed "Dawn of the Dead."

Most of the movie was filmed in 2019. Other locations included spots in Las Vegas, California and New Mexico.

The trailer for the highly-anticipated thriller was released Tuesday.

Tig Notaro — who took New Jersey native Chris D'Elia's role as a sarcastic helicopter pilot — also is featured in the new trailer. Filmmakers reshot portions of the movie last summer to include Notaro.

Notaro replaced D'Elia after the Montclair-raised Vine star was accused of sexual misconduct by multiple women who said he pursued them when they were underage.

D'Elia was first accused over social media last June. Earlier this year, an accuser filed a lawsuit claiming the comedian had solicited nude photos from her when she was a teenager, among other allegations.