Torrent of allegations surface against actor and stand-up comic 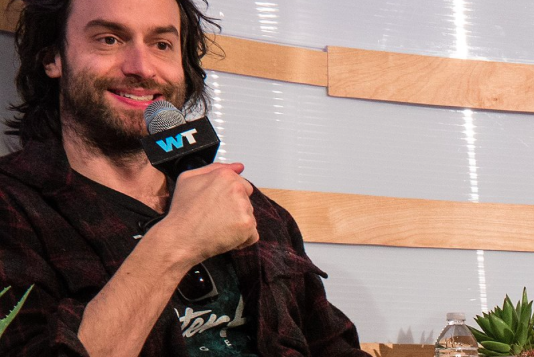 Comedian Chris D'Elia, a New Jersey native, was accused by multiple women of sexual misconduct and predatory behavior online. Some of the allegations that surfaced came from women who said they were underage when they were contacted by D'Elia.

Multiple women have come forward with sexual misconduct accusations against comedian and actor Chris D'Elia, including stories shared by some who said they were underage at the time they communicated with D'Elia on social media.

The allegations against D'Elia, 40, a native of Montclair, New Jersey, surfaced Tuesday night when Twitter user Simone Rossi, a graduate of Arizona State University, shared her account of interactions she had with the comedian in 2014 and 2015 via Twitter. Rossi, who was 16 years old at the time, began by referencing the "irony" of D'Elia having been cast as a pedophile in the Netflix series "You."

What followed were a series of screenshots of her exchanges with D'Elia, who allegedly asked her for a photo and asked if she wanted to "make out" with him.

The messages Rossi shared were dated Jan. 1, 2015, coinciding with D'Elia's appearance at the Tempe Improv in Arizona at the same time.

Rossi described herself as a young, star-struck fan when she first received a direct message from D'Elia on Twitter. She said she never met D'Elia because she ended up dating someone her own age.

Rossi wrote: "for the longest time i thought this was just a funny story to tell at parties when i realized what happened isn't normal and that he was and could still be doing this to younger girls and it's my job to say something."

The Twitter thread set off a chain reaction of accusations from multiple women, some of whom said they were underage at the time and others who were disturbed by interactions which they said occurred in their late teens and early 20s, Newsweek reported.

One woman, Abby Grills, shared screenshots on Twitter of a conversation she had with D'Elia in 2011 using Facebook, when she was 17 years old.

Several of the allegations came from women who shared their stories with the Twitter account @sheratesdogs, which publishes user-submitted accounts of experiences with sexual misconduct.

None of the allegations posted on social media mentioned reporting interactions with D'Elia to police or pursuing other legal action.

D'Elia broke his silence on Wednesday afternoon in an interview with TMZ, denying that he ever knowingly pursued underage females and apologizing for being a "dumb guy":

The comedian tells TMZ ... "I know I have said and done things that might have offended people during my career, but I have never knowingly pursued any underage women at any point." Chris goes on to say, "All of my relationships have been both legal and consensual and I have never met or exchanged any inappropriate photos with the people who have tweeted about me."

He finishes by saying, "That being said, I really am truly sorry. I was a dumb guy who ABSOLUTELY let myself get caught up in my lifestyle. That’s MY fault. I own it. I’ve been reflecting on this for some time now and I promise I will continue to do better."

Several comedians have since reacted to the allegations against the "Undateable" star, who hosts a popular podcast and YouTube channel.

If you cowards had fired Chris D’Elia a long time ago for being bad at the job (standup comedy) he wouldn’t have had time to creep. But you LIVE to say “good set” to men taller than you.

When I was a brand new comic, one of Delia's best friends warned me to never send Chris nudes bc he made them into memes and showed to other male comics at shows. Looks like some of those memes were probably of underage girls. No wonder I don't miss comedy yet. https://t.co/G8vTtEc3d3

D'Elia's last special, "Chris D'Elia: No Pain," debuted on Netflix in April. He's had past roles on NBC's "Whitney," ABC's "The Good Doctor," and the TBS series "Glory Daze." He is slated to appear in the zombie movie "Army of the Dead," which was filmed last year in Atlantic City.