Valerie Mack, who went missing in 2000, has been confirmed as the missing sex worker previously known as 'Manorville Jane Doe' 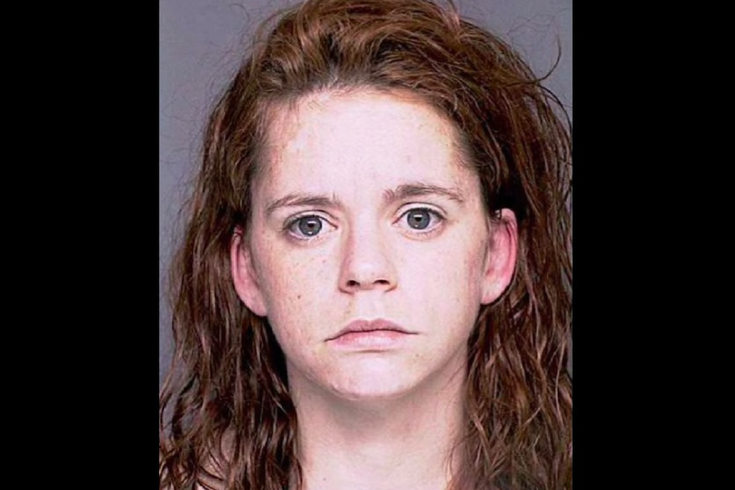 Valerie Mack, a Philadelphia escort who went missing in 2000, was identified as a victim of the Gilgo Beach Killer after investigators used genetic genealogy to link her to scattered remains. She was 24 years old when she died.

The remains of a person believed to be killed by the notorious Gilgo Beach Killer in New York has been identified as a Philadelphia woman who was last seen in 2000, Suffolk County police announced on Friday,

Valerie Mack was 24 years old when her family last had contact with her in the area of Port Republic, New Jersey, during the spring of 2000. She was an escort whose last known address was in Philadelphia, where she sometimes used the name Melissa Taylor. The diminutive woman, described as 5 feet tall and 100 pounds, was never reported missing, police said.

In the months after Mack's disappearance, her naked torso was found in the area of Halsey-Manor Road in Manorville, New York. The rest of her dismembered remains were found in 2011 along Ocean Parkway in Long Island, where several of the unknown killer's other victims also have been found.

Prior to the identification, which was made using genetic genealogy testing, Mack had been referred to as "Manorville Jane Doe" or "Jane Doe #6."

The Gilgo Beach Killer – sometimes called the Long Island Serial Killer or the Craigslist Ripper – is suspected in the murder of eight women, one man and a 2-year-old child.

Authorities began investigating the killing spree in 2011 after the disappearance of Shannon Gilbert, a 23-year-old sex worker who was reported missing. In the search for Gilbert's body, police found the remains of several other people who had been placed in burlap sacks. Gilbert's body eventually was discovered in 2015.

Most of the killer's victims were found in wooded areas along Ocean Parkway, suggesting the suspect was familiar with the region. The remains of an unidentified Asian male and the child were found on the same day investigators found the second set of Mack's remains near that roadway.

Several suspects have been identified over the years, but the FBI and local authorities have not been able to determine who was responsible for the killings. Investigators believe one individual is behind all 10 of the slayings and may have been fixated on killing sex workers.

The case became the subject of Robert Kolker's 2013 book "Lost Girls: An Unsolved American Mystery," that later inspired the Netflix movie "Lost Girls," which hit the streaming service in March.

Police said there is no connection between Mack and Jessica Taylor, another victim whose remains were found in both Manorville and along Ocean Parkway.

Interviews were conducted of Mack's possible relatives, who provided investigators with DNA samples to be processed and analyzed. This is believed to be the first time a law enforcement agency in New York State has used genetic genealogy to identify an individual as part of a police investigation.

Suffolk County Police Commissioner Geraldine Hart said the identification of Mack is an important step for her family.

“For two decades, Valerie Mack’s family and friends were left searching for answers,” Hart said. “And while this is not the outcome they wanted, we hope this brings some sense of peace and closure.”

Officials said police will continue to use every investigative tool available to bring the killer to justice.

"Valerie Mack’s identification is a giant leap forward in the investigation,"  Suffolk County police said in a statement. "As detectives relentlessly pursue leads related to her murder, we ask members of the public, friends, family, and associates of Valerie Mack to provide whatever information they have about her and the circumstances leading to her death."