Lt. Robert Friel was shot once in the leg. Investigators say the alleged gunman had been reported missing Thursday night 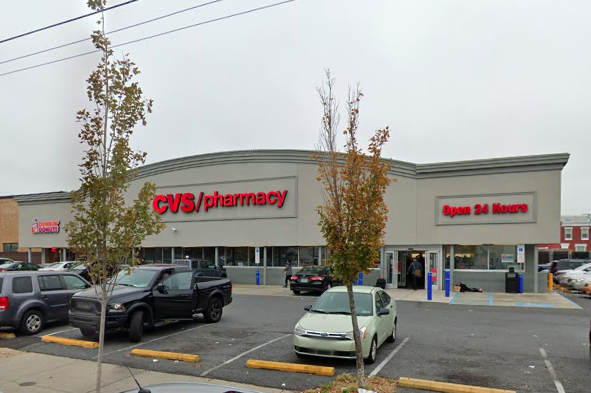 Philadelphia police Lt. Robert Friel, 48, was shot during a struggle at the CVS Pharmacy on the 1400 block of South 10th Street on Friday, May 29, 2020. The gunman, who had been reported missing the night before, was taken into custody.

An off-duty Philadelphia police officer was shot in the leg in South Philly on Friday morning by an armed man inside a CVS, police said. Lt. Robert Friel, 48, is receiving treatment at Thomas Jefferson University Hospital.

The alleged gunman has been identified as a 50-year-old armed man who was reported missing late Thursday night and who had been expressing suicidal thoughts. It is believed the man was under the influence of narcotics, police said. He was armed with two handguns and a rifle, police said.

At around 6:45 a.m., Friel spotted the unidentified man outside the CVS store near South 10th Street and Passyunk Avenue. The store is located near the 3rd District police station. Friel had just finished his shift.

When Freil and other officers confronted the suspect, there was a struggle. The police and the missing man ended up inside the CVS store, where the missing man opened fire, shooting Friel in the leg. The man also grabbed Friehl's service weapon and fired a shot at the ground, Commissioner Danielle Outlaw said Friday morning.

The armed man eventually was subdued and taken into custody. Friel, a 28-year veteran of the department, was transported to the hospital and placed in stable condition. There were no other injuries reported.

Philadelphia District Attorney Larry Krasner said an investigation is ongoing, but he expects the shooter will face criminal charges.

"... (W)hat I can say at this time is that this was a volatile situation that could have had a much more catastrophic outcome," Krasner said. "Lieutenant Friel's injuries are extremely serious. My heart goes out to him and his family for their long road to healing ahead."

The Philadelphia police officer shooting was part of a violent 24 hours in the city that included six shootings that killed two people and injured nine.

"This is a frequency of violence that no other wealthy nation tolerates," Krasner said, "because they do not have the deep poverty and easy availability of firearms that we do in this country. Many people in very powerful offices claim to abhor violence, but they are awfully silent when it comes to the violence of poverty and the tyranny of the gun lobby. As a city, a commonwealth, and a nation, we simply must do better."

Friel's brother, Joseph Friel, was a Philadelphia police officer, and he was killed in the line of duty on Dec. 4, 1994, when his patrol car was struck by a drunk driver as he was driving on Ridge Avenue in Roxborough. Officer Joseph Friel had graduated from the Philadelphia Police Academy six months earlier.

In December, police marked the 25th anniversary of Officer Joseph Friel's death, and Lt. Robert Friel spoke during the ceremony.

The incident comes amid heightened tension between police and communities across the countries following the death of 46-year-old George Floyd, who was killed by police during an arrest in Minneapolis on May 25. Floyd's death has sparked large demonstrations and chaos in parts of Minneapolis, as well as protests around the United States, as the FBI and Department of Justice investigate the incident.

Outlaw addressed Floyd's death in a statement on Thursday evening.

"Although the tragedy occurred hundreds of miles away from Philadelphia, the impact is felt all over the nation and world, particularly in black and brown communities," Outlaw said. "Throughout the nation, communities of color are tired of reliving atrocities such as this over and over again. They are sick and tired of being sick and tired. As a member of the noble law enforcement profession, I know that those of us who work earnestly to serve all communities with fairness and sincerity, have grown weary of our efforts being stained by the actions of those who commit these inhumane acts."