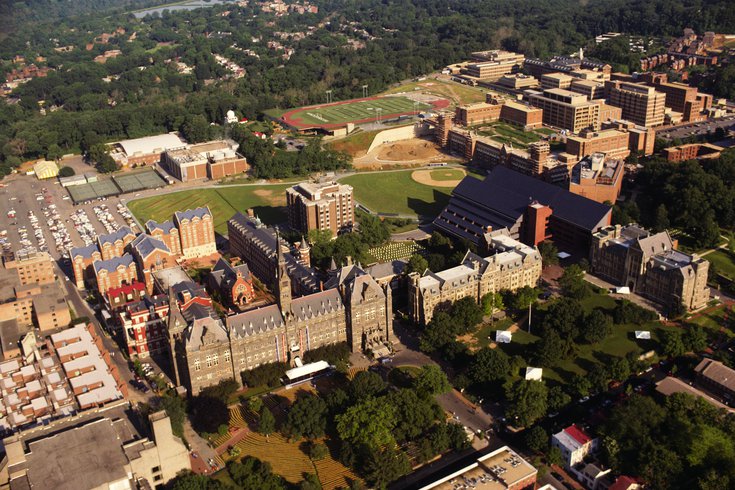 An Ambler, Pennsylvania man admitted to bribing the former tennis coach at Georgetown University in order to guarantee his daughter's admission and a place on the team. Robert Repella, 61, faces ten months in prison, a $40,000 fine and restitution.

A former executive at a biotechnology company pleaded guilty Tuesday to bribing a Georgetown University tennis coach to secure his daughter's admission into the prestigious college, federal prosecutors said.

Robert Repella, 61, of Ambler, Montgomery County, admitted to paying more than $50,000 to former men's and women's tennis coach Gordon Ernst to get his daughter a place on the team. She began attending the university during the 2018-19 academic year.

Prosecutors said Repella's deal was not connected to the broader college admissions scandal allegedly orchestrated by Rick Singer, whose for-profit college prep business took millions of dollars in bribes from wealthy parents, including high-profile celebrities seeking guaranteed admission to top-tier colleges for their children. But the direct deal between Repella and Ernst surfaced during that investigation.

A former executive at Plymouth Meeting-based Harmony Biosciences, Repella said his daughter was in no way involved with the scam. Unlike the students in Singer's racket, many of whom fabricated high school sports experience, Repella's daughter was a tennis player and went on to play at Georgetown, where she will remain a student.

Ernst allegdly accepted more than $2.7 million in bribes and pleaded guilty to a range of charges stemming from the federal "Varsity Blues" investigation. Ernst left Georgetown in 2017 after a university probe questioned his recruiting. He later took a job at the University of Rhode Island, but resigned last year.

Repella was charged with conspiracy to commit mail fraud and honest services mail fraud. The terms of his plea agreement call for a sentence of 10 months in prison, one year of supervised release, a fine of $40,000 and restitution.