Arrest made after racist graffiti found in Chester County 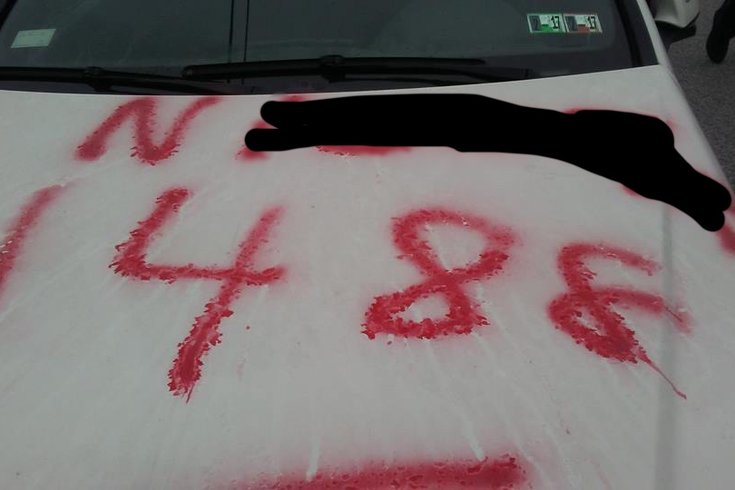 These racist messages were found spray-painted onto the family car of Janine Humphrey in Coatesville on Tuesday. Police have arrested a man in connection with several hateful messages found across the area.

Police in Chester County have arrested a man for allegedly spray-painting racist messages in Coatesville earlier this week.

Authorities announced charges against George Rissell, 24, of Coatesville, on Wednesday evening, a day after photos of the hateful vandalism circulated on social media.

Coatesville police said after an investigation, the graffiti was found in five locations in the city and three in Valley Township. Surveillance video allegedly helped identify Rissell, who claimed to have past associations with white supremacist groups, police said.

Janine Humphrey posted photos of the vandalism to Facebook Tuesday morning after returning home from working overnight. A mother of three young children, she told Philadelphia Weekly the messages were spray-painted onto her family's other vehicle.

Humphrey recently moved to Coatesville, where her husband was born and raised and where she went to high school, from Berks County.

She told PhillyVoice in a Facebook message Thursday that having to explain to her children, ages 6, 7 and 11, what happened still makes her tear up.

"I immediately was in shock. Tears. Anger," she said. 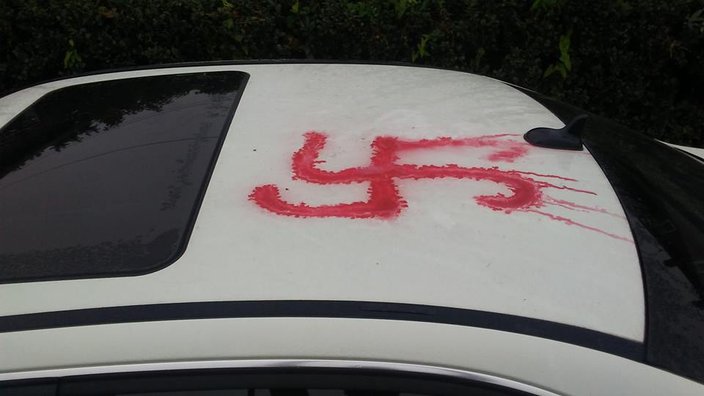 This was found spray-painted onto the family car of Janine Humphrey in Coatesville on Tuesday. Police have arrested a man in connection with several hateful messages found across the area.

Humphrey added that her kids knew what had happened to them was wrong, and she tried to turn the horrible acts of another into a teachable moment.

"I told them that we should always be proud of who we are, and to know someone is to know their character, not their color," Humphrey said.

Many have reached out to her on social media with prayers and kind words, and Collex Collision Experts offered to take care of the damage to her car.

"Let me [be] perfectly clear: there is absolutely no room for this kind of hate in our communities," Dinniman said. "Not now. Not here in Chester County. Not anywhere."

Adding to the weight of the incidents is the recent violence that occurred during a white supremacist rally in Charlottesville, Virginia. Dinniman added: "Sadly, it appears to be part of a larger trend that’s occurring all over the country."