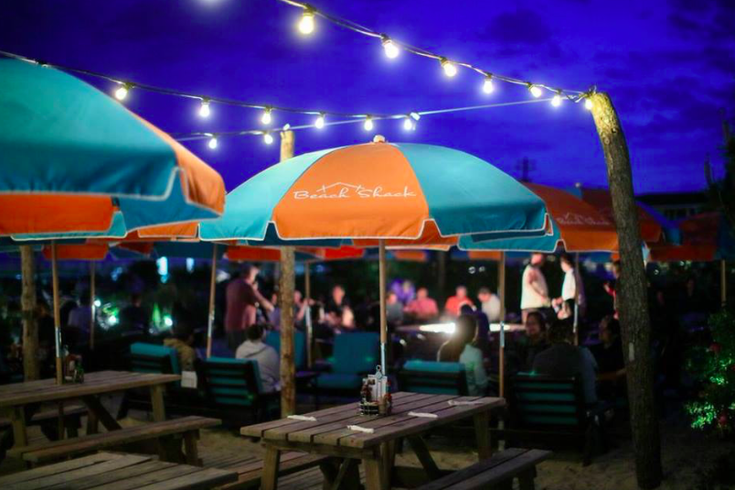 The Rusty Nail in Cape May is considered one of the best beach bars in the United States.

Having a few drinks at the beach is one of the best ways to reaffirm that you are, in fact, not working right now and should be actively enjoying the sights and sounds of your escape.

As beaches get more crowded and move toward family-friendly policies, the DIY approach to drinking at the beach has been subjected to greater scrutiny. If you decide to have a few drinks at the beach house or hotel, it's not guaranteed you'll even end up going.

That leaves us with the beach bar as the only surefire way to consume alcohol at the beach without any potential hangups or missteps.

Fortunately for travelers at the Jersey Shore, two of the state's most popular beaches happen to have two of America's best bars, according to The Daily Meal.

In its list of the top 25 beach bars in the United States, a pair of bars from Asbury Park and Cape May both received high praise.

First is the appropriately named Beach Bar in Asbury Park:

This Jersey Shore fixture does its part to contribute to the local music scene by offering live music nearly every evening of the week, including ukelele and drum events. With “the best view in Asbury Park overlooking the south beach,” the Beach Bar doesn’t disappoint. Their rum buckets would make The Boss proud as well.

The second bar is The Rusty Nail in Cape May:

This laid-back Cape May mainstay has been encouraging people to wear flip-flops all day long since the ‘70s. Try their signature drink, The Hammer, and in their words, “take the rest of the day off.” It’s a mix of Gosling’s and coconut rum, with passion fruit, pineapple, and lemon juices served in a hollowed-out coconut you can take home. At night, gather around the fire pit and enjoy live music, with both two- and four-legged friends.

New Jersey has changed a lot since the heyday of Wildwood and Atlantic City in the 1950's and 1960's, but it will always be one of America's best places to throw back drinks and take in music at the beach.

Check out the rest of America's top beach bars here.