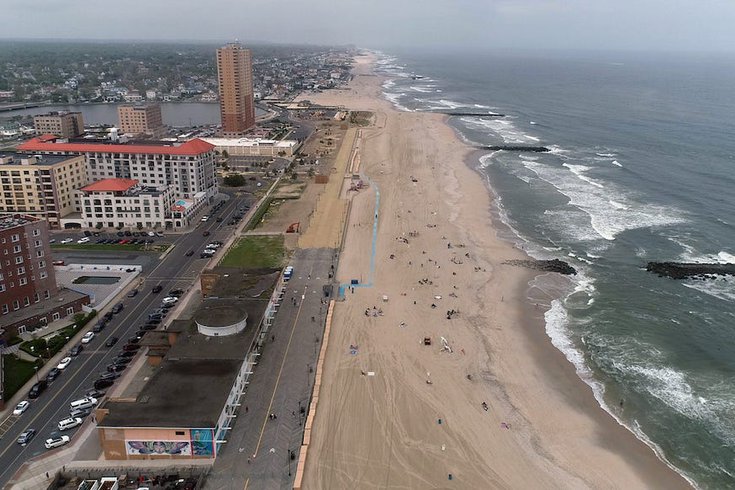 Asbury Park was recently included in a ranking of the 25 most popular beach towns in the U.S. released by the publication Newsweek.

Asbury Park was recently included in a ranking of the 25 most popular beach towns in the U.S. released by Newsweek.

The seaside city was the only Jersey Shore point to be included, while other local favorites like Cape May, Ocean City, The Wildwoods, Seaside Heights and others didn't make the cut.

Newsweek said it selected the towns based on locations that "have become holiday hubs in their own right," the publication said.

The publication also said it was looking for cities with things to do outside of hitting the beach, like participating in the local arts and culture scene.

Asbury Park seemingly was picked for those reasons.

Newsweek said the city was selected while other Jersey Shore towns were not because it has more to offer than just "Instagram-able" beauty.

"There is more to the town than its Instagram-able beachside, as Asbury Park also boasts a vibrant art and music scene and an assortment of independent boutique shops," Newsweek stated.

While NJ.com agreed that Asbury Park deserved a spot on the list, its own ranking of Jersey Shore towns tabbed Cape May as the best beach city.

However, Newsweek may have a point, since the city's thriving arts scene is anything but a local secret.

The beach town, located about an hour from Philly, is the birthplace of celebrities like talk show personality Wendy Williams, and is of course where the famous E Street Band got its start.

Asbury Park is known worldwide for its vibrant music scene. Prior the COVID-19 pandemic's devastating impact on the cultural sector, local venues such as The Saint, House of Independents and The Stone Pony hosted memorable shows nightly. Asbury Band Aid, a festival for helping Jersey Shore musicians, will take place at The Stone Pony on Tuesday night.