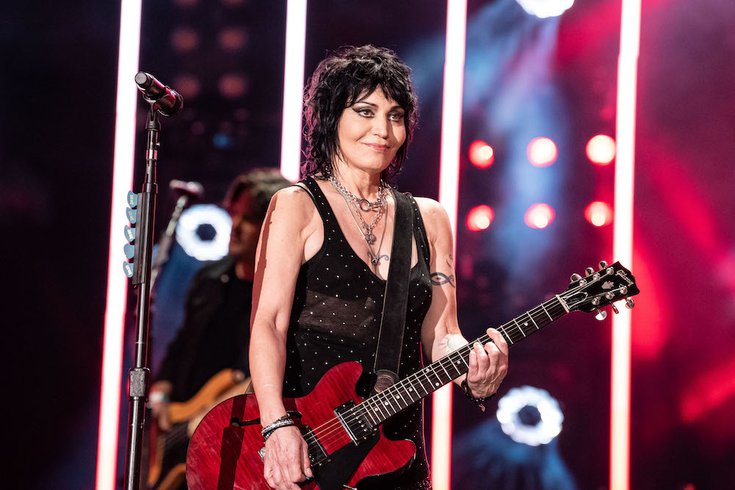 Joan Jett, above, and Low Cut Connie are among the acts set perform at Light of Day Winter Love Fest, the annual Asbury Park music festival that raises money for Parkinson's Disease and related illnesses. This year Light of Day will take place virtually from Feb. 12-14 because of the COVID-19 pandemic.

Joan Jett, the rock singer who starred in the 1987 musical movie "Light of Day," will appear at the annual Asbury Park music festival of the same name this month.

The 2021 Light of Day Winter Love Fest, which takes place from Feb. 12-14, raises money for Parkinson's Disease and related illnesses, like ALS and progressive supranuclear palsy – or PSP. The festival is taking place virtually this year because of the COVID-19 pandemic.

Light of Day is usually held around this time of year, in honor of its co-founder and music industry veteran Bob Benjamin's birthday. Benjamin was diagnosed with Parkinson's in 1996. Light of Day overlaps with Valentine's Day, hence the "Winter Love Fest" addition to its name.

The festival will raise money through donations, a vintage auction and merchandise sales over the course of the benefit. It will be free to watch online.

Jett – who was born at Lankenau Hospital in Wynnewood, Montgomery County, but moved out of the area when she was 6 months old – joins another Philly-based act, rock band Low Cut Connie, among others scheduled to perform.

Bruce Springsteen has been a regular performer at this benefit concert in the past, often as an unannounced guest, and Light of Day frequently has been held at Asbury Park's Stone Pony, the music venue that was a launchpad for Springsteen's career.

The Long Branch, New Jersey-native could be a surprise guest at the festival, Rolling Stone predicted. He has made virtual appearances at various events since the start of the coronavirus pandemic, including a performance at Joe Biden's inauguration concert, "Celebrating America."

Springsteen played last year for Light of Day's 20th anniversary show, and Rolling Stone speculated that odds are good the New Jersey native will show up again this year.

For Jett and her band The Blackhearts, it will be a debut performance at the festival. Jett, who has numerous hits, including "Bad Reputation" and "I love Rock 'N Roll," is fresh off the release of never-before-seen concert footage, which she dropped to Nugs.net last week.

As of today you can check out never-before-released Joan Jett & The Blackhearts shows on @nugsnet — Find the growing catalogue here: https://t.co/wc4oyALMny pic.twitter.com/msG1v1WtB8

In the movie "Light of Day," Jett and actor Michael J. Fox played brother and sister. Fox, who was diagnosed with Parkinson's at age 29, also has performed at Light of Day.

Performances will take place at the Paramount Theater in Asbury Park with no spectators, and they will will be streamed on the festival's Facebook and YouTube. Some musicians on Saturday's bill will perform at remote locations and be streamed live.

According to the Asbury Park Press, Parkinson's disease affects nearly 1 million people in the U.S. and 10 million people worldwide. It's also the 15th leading cause of death and the second most common neurodegenerative disease after Alzheimer's.