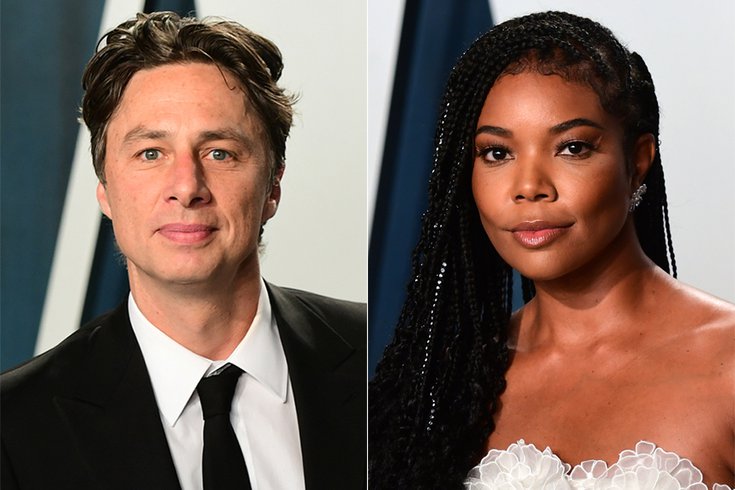 Zach Braff and Gabrielle Union will star in a remake of 'Cheaper by the Dozen' scheduled to premiere in 2022.

Zach Braff and Gabrielle Union will star in the lead roles of the latest reimagined "Cheaper by the Dozen" movie, which is scheduled to debut on Disney+ in 2022.

The movie is a new interpretation of the previous films with the same titles made in 2003, staring Steve Martin and Bonnie Hunt, and the original from 1950, starring Clifton Webb and Myrna Loy.

The oldest film was based on the semi-autobiographical book form 1948, written by Frank Bunker Gilbreth Jr. and Ernestine Gilbreth Carey about their childhoods growing up in a family of 12 children in Montclair, New Jersey. While the 2003 adaptation of the film takes place in Illinois, Braff and Union's forthcoming movie returns to New Jersey.

Barris created ABC's "Black-ish" and  "Cheaper by the Dozen" will be directed by Gail Lerner, who also worked on "Will and Grace" and "Black-ish" with Barris.

The movie will center around a blended New Jersey family of 12 that manages a family business, according to the Hollywood Reporter.

Martin and Hunt held those roles in the 2003 movie directed by Shawn Levy and the 2005 sequel directed by Adam Shankman. The movies also starred Piper Perabo, Hilary Duff, Ashton Kutcher and Dax Shepard.

Braff is best know for starring in the NBC comedy "Scrubs" and has a podcast with co-star Donald Faison about that show. He also starred opposite Robert DeNiro, Morgan Freeman and Tommy Lee Jones in "The Comeback Trial."

Union had had lead roles in"Bring it on," "Think Like a Man," "The Honeymooners" and "Bad Boys II," as well as on the TV series "City of Angels," "Being Mary Jane" and "L.A.'s Finest."