Ask Hickey: Is chili a soup or a stew?

The dress is black. A hot dog is not a sandwich.

Would you consider chili a soup? How about stew? (Steph, via Twitter)

Oh, here we go again with the “is a hot dog a sandwich?” or “is this dress blue or gold?” agitation.

To my mind, chili could be lumped into either the soup or stew families. But I’m just a guy who loves eating it regardless of what it’s deemed. In fact, your query inspired me to make some on Sunday. YUM.

To get a definitive answer, though, let’s talk to the pros!

Like Fergus Carey, who serves a couple varieties of chilis at Fergie’s Pub on Sansom Street, a place that definitively qualifies as a Philadelphia treasure.

“Neither of the above,” he said, while eating a bowl of turkey chili at the pub.

Asked if chili is a stand-alone entity, he added, “Absolutely.” 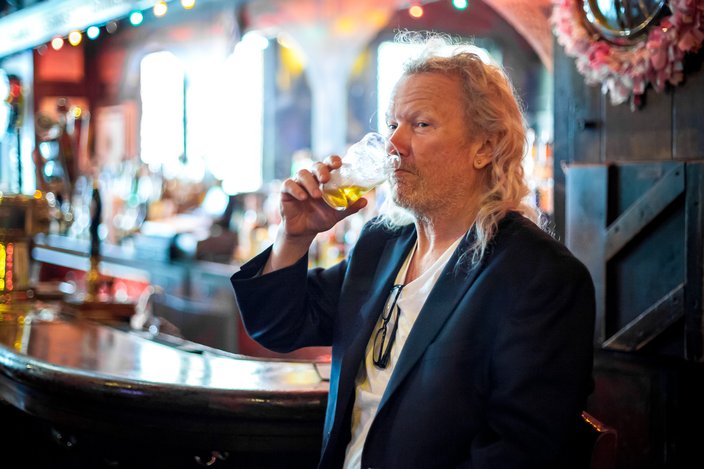 Fergie Carey drinks a 'prop beer' during a recent photoshoot at Fergie's Pub.

“My personal belief is that chili is chili!” he wrote from Texas, a place known for excellent chili.

“CASI Chili is a dish that is what we refer to as meat and gravy,” Hudspeth continued. “The chili meat is cooked in broth (typically beef, chicken, or a combination of both) with tomato sauce and paste, as well as a healthy does of spices. CASI Chili also does not allow the use of a filler, such as beans, rice, hominy, or other similar ingredients in our sanctioned events.”

For her part, however, Carol Hancock – CEO of the International Chili Society – turned to semantic definitions.

“The dictionary defines chili as ‘a spiced stew cooked with meat and chili peppers.’  While that might not be the best description, it comes closer, in my estimation, than ‘soup,’” she shared. “Technically, the dish derives its common name from its Spanish language background. It’s chile con carne – so chile with meat.  The ‘I’ or the ‘E’ is debatable depending on who’s speaking. Most people spell the dish and also the pepper ‘chili’ but peppers are truly chile.”

As for what ICS judges and cooks carry in their mind when passing judgment or creating meals, she said it’s defined as “’meat or a combination of meat cooked with red chili peppers, various spices and other ingredients.’ That would be ‘traditional red chili.’  There is also chili verde – same definition only cooked with green chili peppers and tomatilloes.”

So, what’s the final verdict? Chili is what you want it to be, but in the end, it’s a delicious treat loved worldwide.

If that's not enough for ya, Steph, please see Reddit, Discuss Cooking, and Answers.com for previous discussions on this topic.

About that Nazi tattoo...

So whatever happened to the "investigation" into the cop with the Nazi tattoos? Three months (and counting) seems like plenty of time to determine, "Yep. Those are Nazi tattoos." (Jason H., via email)

Ah yes, I hadn't thought about thee olde Ian Hans Lichterman case since a request that the FOP get me in touch with him for an interview was point-black rejected a month or so back.

(The non-ambush, tell-your-side offer still stands in case it never even reached you, freund Ian. I didn't want to show up at your door in the Far Northeast unannounced and all!)

Anyway, here's the Reader's Digest version of the tale:

Photographs of Officer Lichterman's left-forearm ink (apparently that of the Nazi Party's partieadler emblem) were posted on Facebook by someone who said he took them at a Black Lives Matter march during the Democratic National Convention. 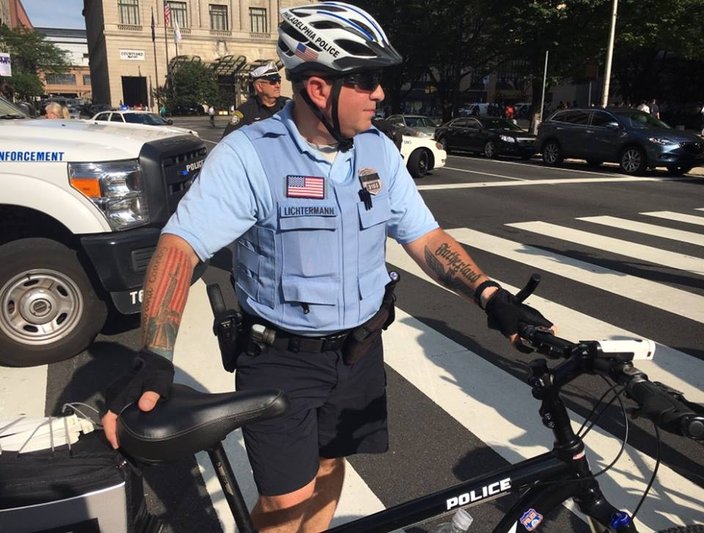 Police say an Internal Affairs investigation into the tattoos of officer Ian Hans Lichterman is ongoing.

The department responded that it was aware of the images, that they don't have a specific policy governing "the wearing/displaying of tattoos," that it "doesn't condone anything that can be interpreted as offensive, hateful or discriminatory in any form," that "this is a sensitive topic" for citizens and offers, and that it was forwarded to Internal Affairs for further investigation.

By late September, police said there was no anticipated timetable for the conclusion of its probe into the matter.

When I contacted them this week after receiving Jason's question, here's what I was told:

In other words, nothing has changed from a public-messaging perspective since September.

When I shared that with Jason, he responded, "In other words, 'We were hoping you a------- had forgotten by now, but I guess this means another three months of stonewalling.'"

Yeah, Jason, I was pretty pissed, too.

I mean, listen, I fall into the "there are good officers, there are bad officers and the good shouldn't be branded as bad just because of a system perceived as racist."

I've covered law enforcement long enough to know that's a reality, and I've seen the commendable way that the Philadelphia Police have behaved in allowing protesters to make their voice heard in the city for weeks, months and years.

But even though Jeremy Bannett, assistant regional director of the Philadelphia Anti-Defamation League, told me that their experts found it "inconclusive" as to whether Lichterman's tattoo was an outright hate symbol, I have a major f'ing problem with it not being resolved yet.

Yes, Lichterman is entitled to due internal process, and that very well may mean sifting though his permanent records seeking indications that his tattoo lent itself to mistreatment of suspects or peers.

But a lot's changed since September, most notably that whole thing about swastikas being painted on buildings and clouds of hate descending over our nation like Pompeiian clouds.

What the Philadelphia Police Department needs to do is wrap this investigation up, one way or another, even if they found his ink wasn't outright Nazi and his record showed fair treatment of suspects, whether Jew or Gentile.

The longer they keep stalling, the more people like me (with or without access to readers' eyes) would be inclined to smell cover up.

Also, Commissioner Ross, just implement a damn tattoo policy already, even if that means having to exempt the current force.

It's ridiculous that you didn't have one in the first place, but not as ridiculous as having absolutely no update on a case that means a lot to a lot of people.

Yo Obama, listen up

Should Obama step in and stop this man's political persecution? (JustMe277, via Twitter)

To accurately answer your question, we’ll need to buy into Mr. Kevin Butler’s version of events.

That includes the fact that he saw a spider at his workplace and proceeded to light it on fire because that’s “something that he has done since childhood.”

Setting aside that old adage that children who harm small animals (and, in this case, insects) grow up to be Heidnik-esque monsters, spiders have proven to be pesky pets throughout our history. Even today, spiders are a menace.

They cause problems in the UK's Parliament.

They’ve developed the ability to fly across the ocean ON THEIR OWN.

Hell, they almost wiped out the entire Brady family.

While they are important for food-chain and humanity-survival purposes, they are also often scary and creepy and icky.

I mean, I totally loved that tarantula I held last year at the Academy of Natural Sciences, but this question is bigger than me. 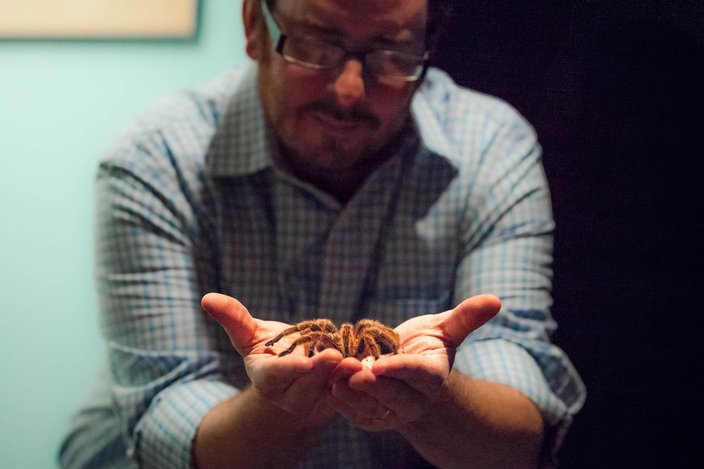 So yes, I stand with Kevin Butler, and as the president prepares to leave office amid a flurry of pardons and granted clemencies, he is morally obligated to take this token stand against spiders.

Also, walnuts (which Butler protected from that spider) are a fair-to-middling member of the nut family. While they’re not pistachios, which we’ve recently learned have white nationalistic tendencies, they qualify as collateral damage in the case of political prisoner Kevin Butler.