Police are still investigating the theft that happened in early June 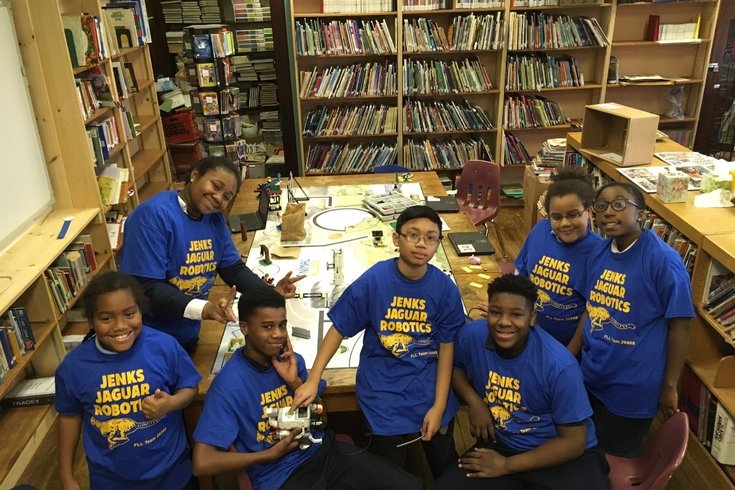 The Jenks Academy for the Arts and Sciences is an elementary school in Chestnut Hill.

Police are still investigating the theft of more than $20,000 in electronic equipment that was stolen from the Jenks Academy of Art and Sciences in Chestnut Hill earlier this month.

Friends of J.S. Jenks, an independent nonprofit that supports the school, started a GoFundMe campaign Saturday night that has already raised more than $3,600 of its $20,000 goal, as of Tuesday at 5:30 p.m.

Most of the newly-purchased equipment was to be used for the school's robotics and music programs next year. Among the items taken were 20 LEGO Education WeDo 2.0 Core Sets valued at nearly $200 each, transponder boxes, digital cameras, a 3D projector and a video splitter, according to the GoFundMe page.

Mary Lynskey, the school's longtime principal, said she and her staff are "at a loss."

"The really sad thing with Jenks is, we have never had theft," she said. "We have enjoyed a very trusting environment between teachers, students and parents."

Lynskey said the stolen equipment was scattered across various rooms inside the school and kept locked in discreet, unbranded packaging. The incident — which Lynskey said did not occur all at one time — has her wondering who has access to the building and would have known what equipment was inside those boxes.

"I really don’t believe it’s someone on staff … because most of my staff have been there for a long time and we haven’t had any of these issues," she said.

"I’m leaving it in the hands of the professionals," she added. "I’m hoping they come up with some leads because it is very disheartening to think there is someone we see on a daily basis that thought they needed this more than we did."

Lynskey said the community outreach since they posted the GoFundMe campaign has been encouraging — and happening quickly. So far, she's happy with the start, she said.

"We are taking measures to make sure this doesn't happen again," Lynskey said.

Details of the incident have not been released by police, as this is an ongoing investigation.

After this article was initially published, it was updated with comment from Jenks Academy's principal, Mary Lynskey.