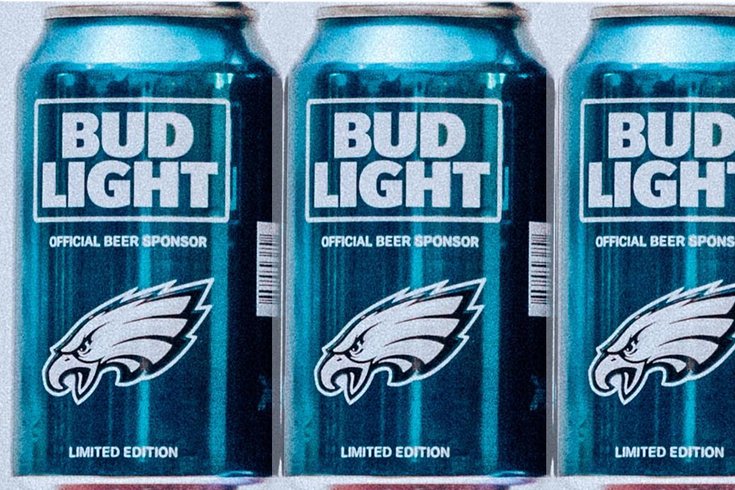 The Eagles of Philadelphia delivered on their promise. Now Bud Light has delivered some 38,000 cans of beer to make good on their own pledge for Thursday's Super Bowl parade.

According to a list of participating bars provided by one of those establishments, 38,000 tokens – each good for one free cold one – will be available during various time slots throughout the parade, which runs from 11 a.m. to 3 p.m. Most of the bars will hand out free beer for two hours – from noon to 2 p.m. Others, however, will distribute earlier and later hours. Four bars will distribute for three hours instead of two.

On Wednesday afternoon, rumors swirled around a supposed list of participating bars and the number of cans of beers they were expected to give out to fans. The list, originally uploaded on the Philadelphia subreddit, was later provided to PhillyVoice by a participating tavern.

Fans who wade into the city on Thursday should be on the lookout for Bud Light reps at the participating taverns along the parade route. A single token will be handed out to each Eagles fan of verified legal drinking age to be exchanged for a cold can of the light lager.

A spokesman for Bud Light told PhillyVoice on Wednesday afternoon that the list contains false information and should not be taken as an accurate reflection of the brewer's plans for Thursday.

Two bars on the list contacted by PhillyVoice on Wednesday confirmed they were participating in the giveaway and provided information about the amount of free Bud Light they have received from the brewer. One received nearly double the amount of beer that was quoted on the list and the other received the exact amount showing on the list. 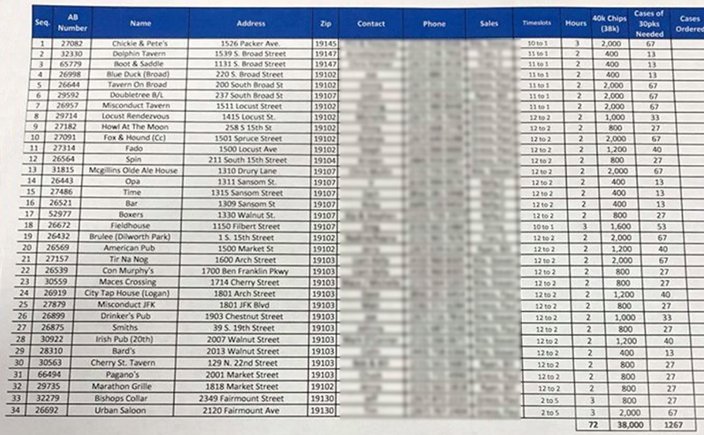 This list, provided by a participating tavern, apparently shows the nearly three dozen Philadelphia bars that will be distribution points for free Bud Light during the Eagles championship parade.

SPiN Philadelphia, a ping-pong club at 211 S. 15th St. in Center City, just a block off the parade route, received a delivery Wednesday of 50 30-packs – or 1,500 cans – of Bud Light to give out to fans from noon to 2 p.m. Thursday, according to chef Jason Fittery. The list shows it was to receive 800 tokens/cans.

Bar, a tavern at 1309 Sansom St. in Midtown Village, said it was planning to distribute 400 free beers between noon and 2 p.m. That number matched the list.

Once fans redeem their tokens, they'll receive a stamp indicating to all participating bars that they've already received their celebratory Bud Light.

For those unable to attend Thursday's parade, Bud Light is offering a $7 rebate on purchases of a Bud Light six-pack — or larger — in excess of $7. The rebate is only valid Thursday or Friday. 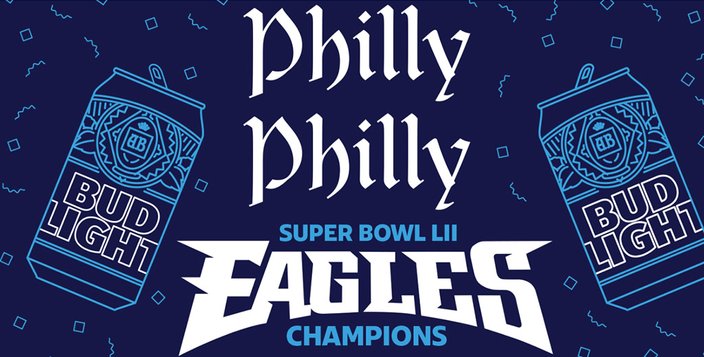 Speculation has been rampant for months since Eagles right tackle Lane Johnson pledged to buy Philadelphia beer in the event of a Super Bowl victory. Bud Light told Johnson during a Twitter exchange that they would instead provide free beer for parade-goers if the Eagles were to win their first Lombardi trophy.