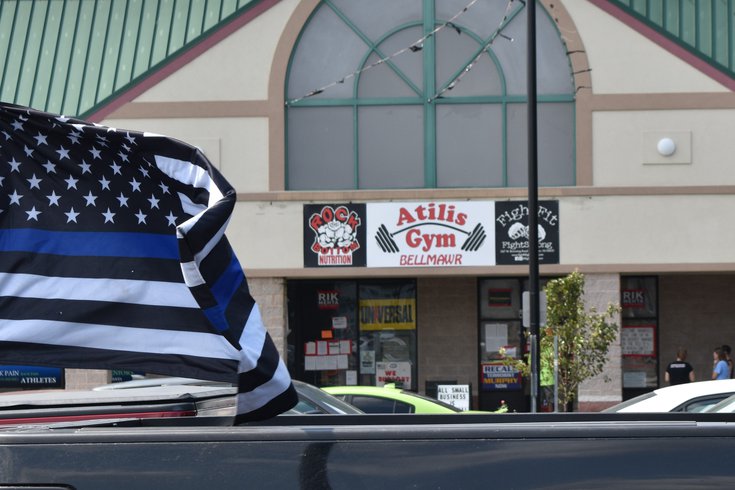 The owner of a Bellmawr gym who came to national attention when he and his business partner publicly defied New Jersey's COVID-19 lockdown rules is now running for congress.

Ian Smith, who co-owns the Atilis Gym with his business partner Frank Trumbetti, announced that he was entering the Republican primary in New Jersey's 3rd Congressional District on Thursday.

The news about Smith's campaign came a week after the two men were handed one year probationary sentences for disobeying a court order regarding the operation of their gym.

Smith, 35 of Delanco, hopes to take on the incumbent Democratic Rep. Andy Kim, an alum of the Obama administration with over $3 million in his campaign fund.

But first Smith would have to beat Moorestown businessman Bob Healey in the Republican primary.

Healey has already called Smith out for a fatal 2007 drunk driving accident he was involved in. Smith, who was 20 at the time, served a five-and-a-half year sentence for vehicular homicide. He addressed the conviction in a speech on Thursday.

“I woke up after a night of drinking in my college apartment, got in my car and moments later was the sole cause of a tragic accident that took the life of a young man,” Smith said of the incident that happened in Galloway according to the Courier-Post.

He said the guilt he carries from the accident will never leave him.

Smith said his campaign will fight for "medical freedom" and to rid schools of "commie crap" in addition to the completion of the border wall and reductions in foreign aid.

Healey's campaign has panned Smith as "unfit and unelectable." He's running on strengthening the military and improving economic opportunities. Healey has also committed to fighting "cancel culture" and the "radical left."

As far back as May 2020, Smith and Trumbetti were opening their gym despite the statewide lockdown mandates at the time.

In August 2020, the business partners kicked through a plywood barrier that had been placed on their business by the state per the orders of a Mercer County judge while a crowd cheered them on. That's the incident they pled guilty to and were sentenced for on Thursday.

The gym's municipal business license was revoked by the Bellmawr Boro Council in August 2020. It remains open even though Smith and Trumbetti can't charge members because they can't do so legally without the license.

Although the business partners lost a lawsuit filed against them by the state last year, making them responsible for over $275,000 in fines, a GoFundMe page raising money to help Smith and Trumbetti with their legal fees has netted them over $530,000.