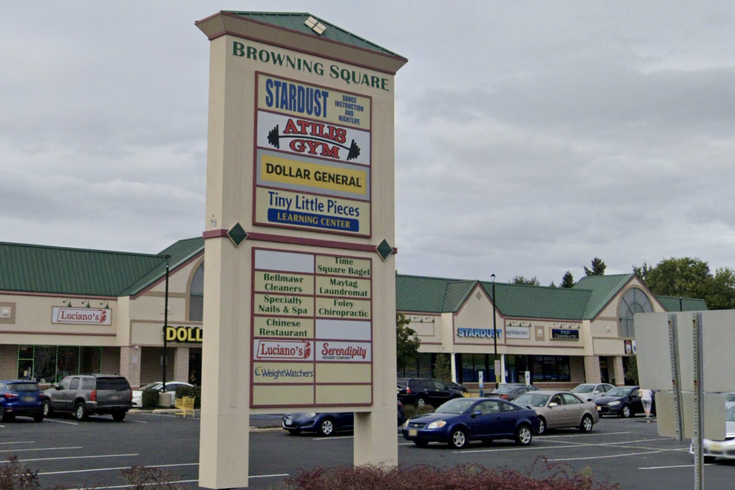 Gyms are not permitted to reopen indoor operations in New Jersey, but Atilis Gym has proceeded otherwise in defiance of the state's COVID-19 guidelines.

Bellmawr Borough Council has voted to revoke Atilis Gym’s business license after delaying a hearing on the matter by a week due to Tropical Storm Isaias.

The 5-1 vote to strip the Camden County fitness center’s mercantile license was conducted during a meeting Tuesday night.

In an Instagram video, Atilis Gym co-owner Ian Smith slammed the vote as "a clear political move" by a Democrat-controlled board looking to appeal to New Jersey Gov. Phil Murphy’s wishes to have the defiant gym shut down during the COVID-19 pandemic.

Smith also claimed that no evidence was presented showing the gym poses any threat to the public. The borough council declined to hold off on the vote despite being asked to wait until evidence could be presented, he said.

In a clear political move, the all democrat town council followed their orders from Gov. Murphy to revoke our business license. Zero evidence was put forth to support the claim that @atilisgymbellmawr poses any threat to the public. When asked, they ignored the request to hold off on the vote until evidence can be put forth. They did not allow the public to speak. Our fight does not stop here. Please share and repost. Let’s hold these politicians accountable for their actions.

The borough's attorney, Howard Long, presented information about the nine pairs of citations issued to Smith and co-owner Frank Trumbetti and advised the council that it had the authority to revoke the license if it believed the business was acting in an unsafe manner, NJ.com reported.

Smith claimed the public was not given a chance to comment on the matter. Smith's attorney, John McCann, spoke during the hearing, though Smith did not comment, WHYY reported. A public comment period took place after the vote.

New Jersey has not permitted gyms and fitness centers to reopen indoor operations since ordering all non-essential businesses to close in March.

Atilis Gym’s co-owners will be back in court Friday, Smith said in a video posted on Facebook.

The state has sought to implement daily fines of up to $15,000 on the facility for violating a court order to remain closed. The New Jersey Attorney General’s Office also has asked Superior Court Judge Robert Lougy to consider potential jail time for Smith, 33, and Trumbetti, 51.

After Tuesday's hearing, Smith said he and Trumbetti will not be leaving the building and will refuse to allow the state to construct a barricade on the gym's doors if Lougy permits their request to do so.

“We take no pleasure in this process," New Jersey Attorney General Gurbir Grewal said in a statement. "But we’re in the middle of a global pandemic and defendants have defied multiple court orders. If we’re going to prevent a second wave of COVID-19 in New Jersey, we need everyone in this state – including gym owners – to do their part and follow the law.”

The revocation of the gym's license was the latest development in an ongoing legal battle.

Smith and Trumbetti reopened their fitness center earlier this month by kicking down the boards placed over the entrance following their arrests in late July. Their actions resulted in a new disorderly conduct summons issued by the Camden County Prosecutor's Office.

Smith and Trumbetti previously had been charged with contempt, obstruction and violation of a disaster control act for defying a court order, issued by Lougy, to shut down in accordance with the state’s COVID-19 guidelines. Both men were arrested after refusing to leave the fitness center despite a contempt of court order against them.

Smith claimed they opened the gym after switching the facility from a limited liability company to a private membership association. He said Murphy and five other state officials were served with affidavits notifying them of the business change, but had failed to respond.

Camden County health inspectors found that the gym failed to provide staff with gloves and masks, exceeded capacity limits and did not implement social distancing. The gym also had covered its windows, blocking anyone from seeing into the building from the outside.

Lougy then ordered Atilis Gym to close, but a number of people were observed using the facility. The order had permitted the health department to place a lock on the doors, but Smith and Trumbetti removed the door from its hinges.

Before the court order, Lougy had ruled that the gym could remain open if it followed New Jersey’s COVID-19 guidelines. The owners indicated they had no intention of doing so.