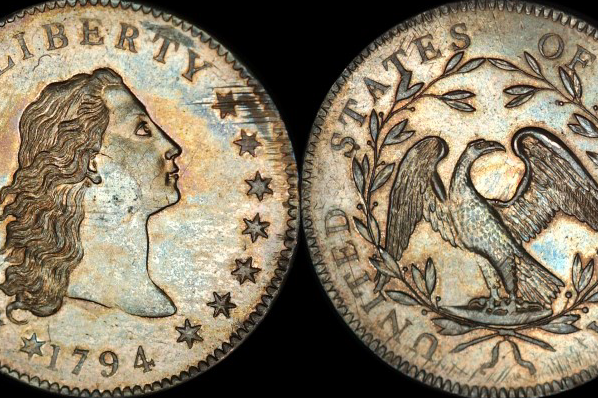 The rare 1794 'Flowing Hair Silver Dollar' coin features Lady Liberty on one side and an eagle on the other. Collector Bruce Morelan will sell the coin through New Jersey-based Legend Auctions in October. His full collection is expected to sell for between $15-18 million.

An extremely rare silver dollar minted in Philadelphia in 1794, a prize specimen from the time of the nation's early days of independence, will soon be up for auction through a New Jersey-based coin dealer.

And while Americans are scrounging for change amid the COVID-19 coin shortage in 2020, this particular silver dollar is expected to sell for more than $10 million.

Las Vegas numismatist Bruce Morelan's "Flowing Hair Silver Dollar," believed to the first of its kind ever minted, will be part of a collection auctioned in October by Legend Numismatics, based in Lincroft, New Jersey.

Morelan purchased the coin for $10 million in 2013, the highest price ever paid for a rare coin.

The Philadelphia mint produced 1,758 Flowing Hair silver dollars in October 1794. Only about 130 of them are still known to survive, according to the Professional Coin Grading Service.

The 1794 coin is considered above mint condition because it was valued as a proud example at the time it was struck at the Philadelphia Mint. U.S. Secretary of State Edmund Jennings Randolph was presented with the coin and later wrote about it in a letter to President George Washington, the Associated Press reported. 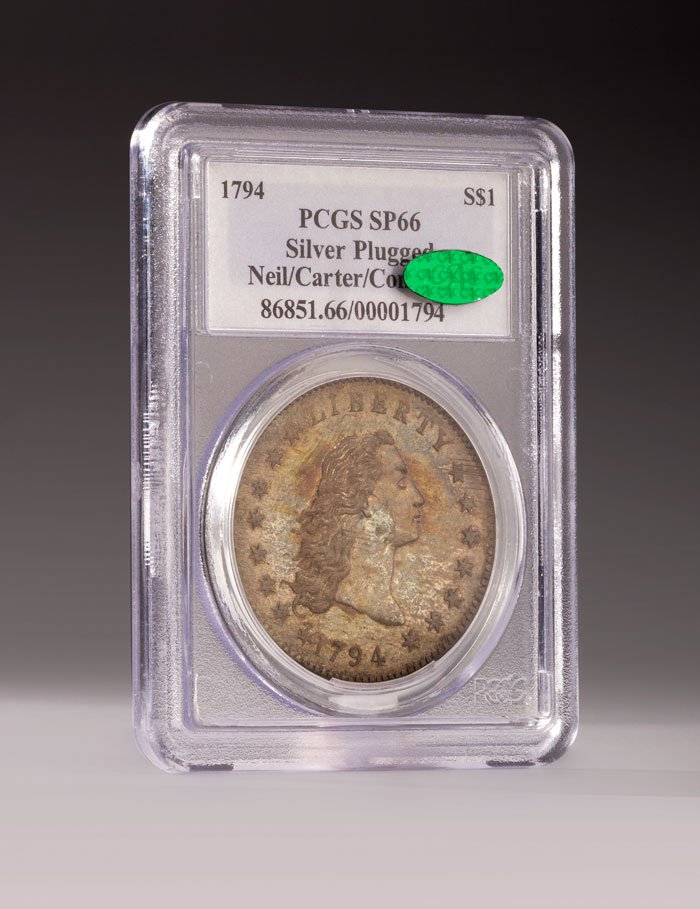 Source/Professional Coin Grading Service
Legend Auctions will handle the sale of the coin, which takes place both online and at The Venetian Hotel in Las Vegas on Oct. 8.


"Coins are in my blood, and the 1794 dollar was a lifelong dream," Morelan told the Asbury Park Press. "Now that my early American dollars collection is complete and nothing else can be added, I've decided it's time for other collectors to enjoy these magnificent coins."