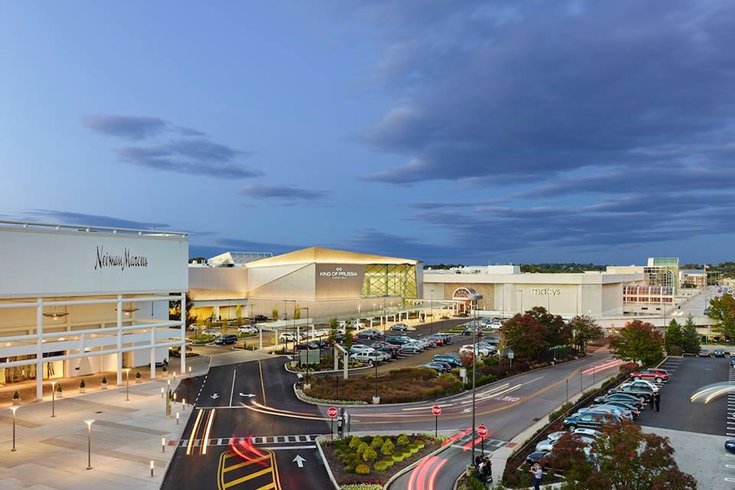 Could the King of Prussia Mall become home to an Amazon fulfillment center? Its owner, Simon Property Group, is reportedly in discussions with the tech giant about leasing department store space.

Simon Property Group, owner of the King of Prussia Mall, is reportedly in discussions with Amazon about the possibility of converting distressed department stores into "last mile" fulfillment centers.

On Sunday, the Wall Street Journal reported that Simon, the largest mall owner in the U.S., is specifically interested in leasing former or current J.C. Penney and Sears locations to the tech giant:

A hookup between Simon and Amazon would show how retail and logistics — especially delivery for the critical last mile — are converging more rapidly.

A number of U.S. malls are already doing business with Amazon, such as renting parking lots to Amazon’s huge van fleets. But for Simon to lease a large, well-located indoor location would be the rare instance of a major mall operator offering prime retail space to Amazon.

Amazon's e-commerce model has long been considered the primary threat to the future viability of malls, which have struggled in recent years as the decline of large retailers accelerates. Neiman Marcus, J.C. Penney and Lord & Taylor are the latest to declare bankruptcy during the past few months.

The report suggests Simon might be willing to lease department store properties to Amazon at much lower warehouse rates than it could otherwise charge retailers.

In the past, Simon Property Group has considered converting its shuttered J.C. Penney location at the King of Prussia Mall into apartments.

But with the coronavirus pandemic complicating potential alternative uses — including medical offices and senior living — the turn to logistics may be an uncomfortable solution. Many mall tenants rely on department stores to drive foot traffic and have clauses in their contracts that slash rent if these large properties remain empty.

Amazon recently posted record sales and profit figures in the midst of the pandemic, while Simon Property Group was expected to post its smallest quarterly profit in six years on Monday.  The company owns or has an interest in more than 325 properties in the U.S., including seven of the 10 largest malls in the country.

The King of Prussia Mall was not specifically mentioned as a possible Amazon fulfillment center site in the Wall Street Journal article, but considering Simon's vocal interest in the past about converting the mall's former J.C. Penney location, it is a development that could be appealing to both companies.