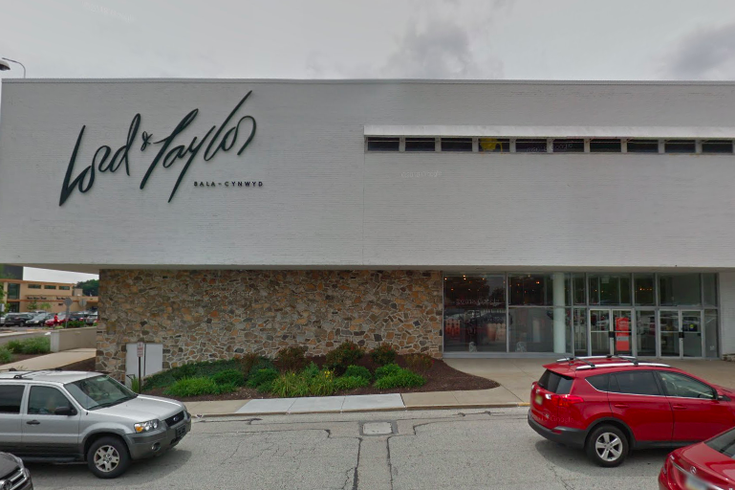 The Lord & Taylor store on City Avenue in Bala Cynwyd will be permanently closing after decades in business.

The department store chain, owned by Le Tote, Inc., filed for Chapter 11 bankruptcy reorganization earlier this week in the U.S. Bankruptcy Court for the Eastern District of Virginia. Nineteen locations across the country will be shut down as part of the company's plan.

With roots dating back to the 19th century, Lord & Taylor grew to absorb several other storied chains, including Hahne & Co., Woodward & Lothrop, and Wanamaker's, whose flagship store in Center City was converted into a Lord & Taylor before becoming a Macy's in 2006.

The Lord & Taylor brand was sold to Le Tote in 2019 by Hudson's Bay Company and has seen its stores dwindle during the past year.

The 19 closures announced this week represented half of the store's remaining locations. The Lord & Taylor at the King of Prussia Mall is not among the stores slated to close.

"The 19 closing stores feature an abundant assortment of merchandise at significant price reductions. Celebrated brands like DKNY, Nike, Ralph Lauren, Tommy Bahama and more are part of the sale," the company said of the stores set to be shut down.

In Bala Cynwyd, the 120,000-square-foot store has been a fixture on City Avenue. As the store's liquidation sale continues, no date has been set for the store's final day.

This closure comes after another location at the Moorestown Mall closed last November. The remaining Lord & Taylor stores will continue to operate throughout the Chapter 11 process.