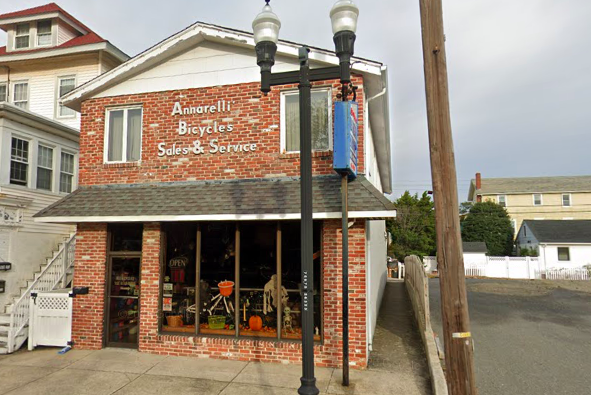 The owners of Annarelli's Bike Shop in Ocean City, New Jersey have decided to sell the property on Asbury Avenue. After a surge in sales during the start of the COVID-19 crisis, bike shops have had problems restocking stores amid production delays around the world.

A fourth-generation family-owned bike shop in Ocean City will soon be no more, ending an 85-year run at the Jersey Shore.

The owners of Annarelli's Bike Shop are moving up their retirement plans and intend to sell their building at 1014 Asbury Avenue in Ocean City, according to the Press of Atlantic City.

Mark and Mike Annarelli explained that they simply don't have enough inventory to keep the shop running.

A bicycle shortage has swept the United States in the months after the start of the coronavirus pandemic, which saw the biggest surge in sales since the oil crisis of the 1970s, MarketWatch reported in June.

Since the initial boom, bike shop owners have had a hard time restocking. The U.S. bicycle market relies on China for about 90% of its bikes. Production shortages there have led to long delays in order fulfillment, leaving many smaller shops around the country in a predicament.

"We don’t have really any product, and we don’t foresee getting any in," Mark Annarelli told the Press of Atlantic City. "Schwinn has told us now it’s going to be November before we see any bikes."

Other companies have given the brothers a similar dire outlook for new bicycles.

Annarelli Bike Shop was first opened in during the Great Depression by Magno Annarelli, who started the business as a rental stand. It later grew into a place to buy bikes and accessories and get repairs.

The brothers considered trying to sell the business, but said they didn't find a lot of interest. The building, however, is located in an area with the promise for potential buyers and developers.

While some large online retailers still have bikes available, many shops have reported lengthy waits for shipping bikes. For those in a pinch, the used bike market may be the most expedient option until the industry rebounds.