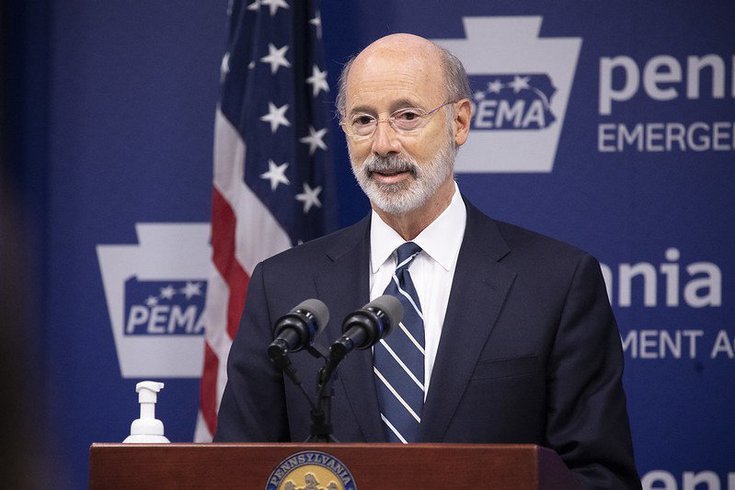 Gov. Tom Wolf has vetoed legislation that sought to hinder Philadelphia and other Pennsylvania municipalities from passing firearm restrictions on top of the state's existing gun laws.

Municipalities are banned from passing additional firearm restrictions under state law, but the proposed legislation would have made them responsible for the legal fees of anyone who got a court to declare a local gun law illegal.

The bill passed the Republican-controlled state legislature, but Wolf panned it as "an attack on local governments who take action to find common sense solutions to gun violence."

Wolf acknowledged the gun violence issues in Philadelphia, which has counted 44 homicides this year, slightly less than the 51 recorded at this point in 2021. Last year, the city had 562 homicides, its highest total ever recorded.

The city government has been trying to implement local gun control restrictions for years.

In October 2020, City Council passed an ordinance banning the possession of firearms manufactured with a 3D printer and "ghost guns," which are sold and distributed in pieces and then assembled by the buyer, skirting federal gun regulations in the process.

Gun Owners of America, a firearm rights group, is suing Philly over the ordinance.

The city also is facing lawsuits over a 2019 ordinance that requires gun owners to report any missing firearms to the Philadelphia Police Department within 24 hours.

"We just want the illegal ordinances to stop," Val Finnell, the Pennsylvania Director of Gun Owners of America, told WHYY.

"This General Assembly, the Senate and the House is responsible for the regulation of firearms, not a patchwork of municipalities and subdivisions," state Sen. Wayne Langerholc, a Republican from Western Pennsylvania, said during a committee meeting last month, according to City & State.

Some Republicans have blamed Philadelphia's homicide rate on the progressive policies of District Attorney Larry Krasner, saying a lack of firearm restrictions is not to blame. State Senate President Pro Tempore Jake Corman, who is running for governor, even has called for Krasner's impeachment.

City Controller Rebecca Rhynhart, a Democrat, has called on the police department and D.A.'s Office to do more to stem violence, criticizing their clearance and conviction rates.

A report from her office found that arrests for illegal gun possession increased by more that 100% between 2015 and 2020, but the portion of cases that led to a conviction from the district attorney's office dropped from 65% to 42%. Additionally, the police department's clearance rates for deadly shootings dropped from 41% to 37% during that same stretch.