Atlantic City Boardwalk's Ripley's Believe It Or Not! museum to close after 26 years

The collection of oddities celebrated the nearly century-old legacy of cartoonist, collector and traveler Robert Ripley 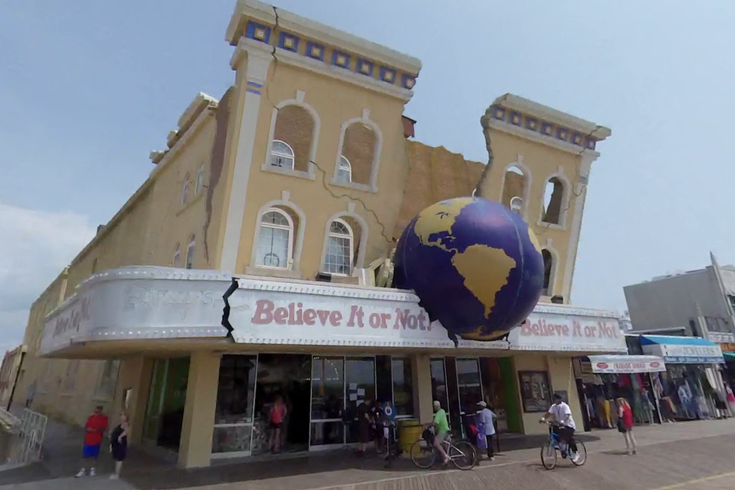 Atlantic City's Ripley's Believe It Or Not! museum opened on the boardwalk in June 1996. It will close at the end of December.

The Ripley's Believe It Or Not! museum on the Atlantic City boardwalk, known for its unique exterior and mind-bending exhibits, will close after 26 years in business.

The museum is inspired by cartoonist and entrepreneur Robert Ripley's original newspaper panels in the New York Globe and the New York Evening Post, where Ripley shared strange events, feats and bizarre objects — both real and make-believe — that highlighted the oddities of the world.

After its syndication in the mid-1920's, the series spawned a franchise that included books, radio shows, TV shows and eventually museums. The Ripley's brand has multiple attractions in the United States and internationally, but the Atlantic City location was one of just three museums. The other two are in Ocean City, Maryland, and Gatlinburg, Tennessee.

The museum on the Atlantic City boardwalk will close Dec. 31, when a contract with a local franchisee comes to an end, the Associated Press reported Thursday.

"We're thankful to have offered a unique form of entertainment and education at the Jersey Shore, and we hope we have helped create wonderful memories for those who have come to visit," museum manager Chris Connelly told the AP.

The future plans for the property have not been announced, and Connolly said it's unclear whether the building's landmark facade — which features a globe lodged into the marquee, as though it had crashed there from space — will remain.

The museum's "Odditorium" features shrunken heads, a spider made from scissors and knives and a roulette table constructed out of 14,000 jellybeans. The 12,000-square-foot museum has 14 themed galleries and more than 400 artifacts, in addition to a laser maze challenge.

"I have traveled 201 countries and the strangest thing I've seen is man," Ripley famously said.

Ripley died in 1949, but his work was carried on by a series of artists over the ensuing decades, turning the brand into a globally recognized name. It's not known what will be done with the artifacts currently kept at the Atlantic City museum after it closes.