Man wrestles gun away from robber in Northeast Philadelphia, but gets shot by 2nd suspect 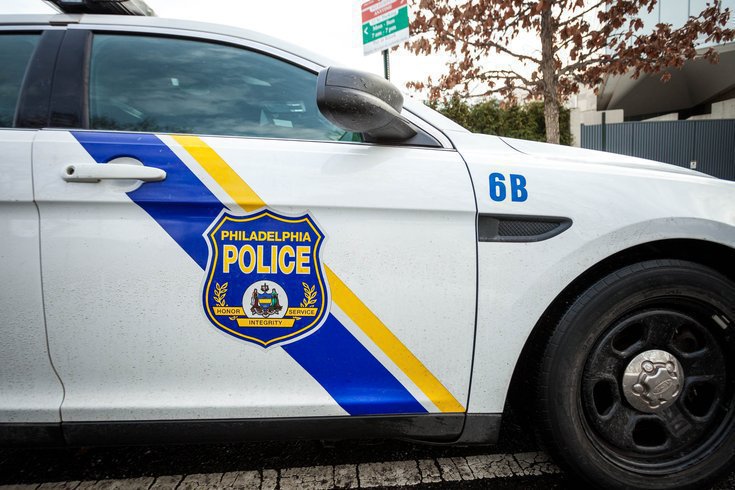 Police are looking for two suspects who tried to rob a man in Wissinoming on Monday afternoon. The suspects are described as thin men with black hair. They were driving a dark-colored SUV or crossover at the time of the crime, likely an Infiniti.

A man was shot twice in Northeast Philadelphia after he managed to disarm one of two men who tried to rob him at gunpoint Monday afternoon.

The incident was caught on surveillance footage and police are now asking the public to help identify the two suspects.

The attempted robbery happened around 1:45 p.m. on the corner of Erdrick Street and East Cheltenham Avenue in Wissinoming, police said.

A 46-year-old man was standing on the corner when one suspect got out of a car, pulled out a gun and attempted to rob him, surveillance video shows. A struggle ensued and the man managed to wrestle the firearm away from the first suspect. The second suspect then began shooting at him with a different weapon.

The man was hit twice, once on the backside and once in the ankle, FOX29 reported.

He fired back and appears to have struck the second suspect at least once, police said. The suspects retreated to their vehicle and fled the scene southbound on Erdick Street.

Police arrived on the scene and found the man lying on the ground. He was taken to Jefferson-Torresdale Hospital.

The first suspect is described as a male with a thin build and black hair who was wearing a black hoodie over a white T-shirt and blue jeans. The second suspect is also a thin man with black hair. He was wearing a white tank top, maroon shorts and black Crocs-style shoes, which he left at the scene.

The vehicle was a dark-colored SUV or crossover, possibly an Infiniti, police said. It had chrome trim, a billet style grill and no brand logo. There may be bullet holes in the driver's side and rear panels.

Anyone who spots one or both of the suspects should not approach them and instead call 911 immediately, police said.