Author of 'How to Murder Your Husband' charged with murdering husband 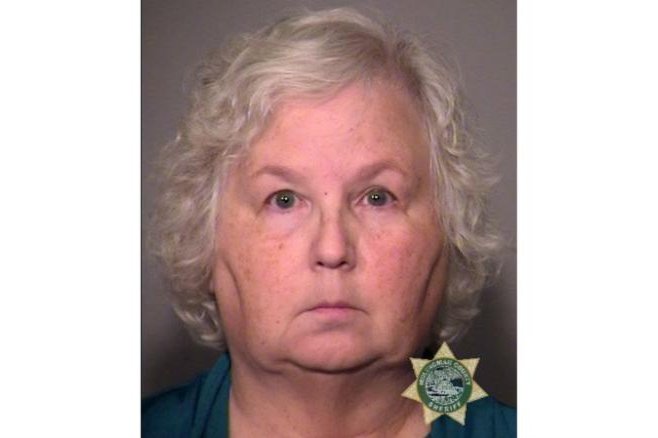 Nancy Crampton-Brophy, author of books, "The Wrong Husband" and "The Wrong Cop" was charged with murder on Sept. 5.

In what sounds almost like a plot from the retired hit crime show, "Castle," a suspense romance novelist was charged with murdering her husband in Oregon last week.

Nancy Crampton-Brophy, a 68-year-old Oregon writer, was arrested on Sept. 5 for murder and unlawful use of a weapon. Brophy’s husband, Daniel Brophy, was killed on June 2. He was found on the floor, shot dead, inside a classroom where he taught as a lead instructor of the Oregon Culinary Institute. They were married for 27 years.

RELATED READS: Apple leaks names of new iPhone models ahead of Wednesday's announcement | Stormy Daniels to release memoir, 'Full Disclosure,' in October | Henry Cavill is out as Superman...or is he?

After his death, Crampton-Brophy posted on Facebook: "I have sad news to relate, my husband and best friend, Chef Dan Brophy, was killed yesterday morning. I'm struggling to make sense of everything right now. While I appreciate your loving responses, I am overwhelmed."

The author had self-published two books, including The Wrong Husband, and The Wrong Cop, whose main character is a woman who "spent every day of her marriage fantasizing about killing" her husband.

Crampton-Brophy's essay, How To Murder Your Husband, which was originally published in 2011 on "See Jane Publish," gave a number of motives and ways to do it, as a fictional character could use this guide to kill her fictional husband. The essay is something akin to the majority of plot lines on TV crime shows.

The top five motives include financial reasons, lying, cheating, "fell in love with someone else," abuser, or "it’s your profession." The essay even includes ways to do it such as poison, knives or a gun. Though she doesn't advise using a "hit man" or "a lover" to make the hit.

The police have not revealed the motive of the alleged killing.