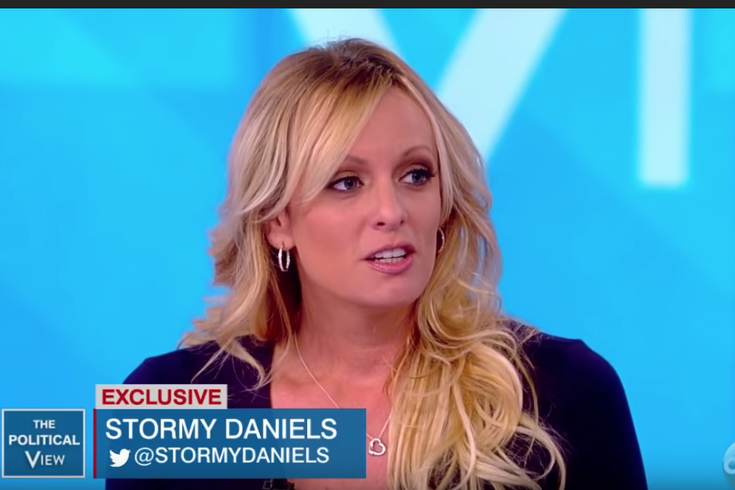 Stormy Daniels sits down with The View on Wednesday, Sept. 12, to discuss her new memoir, "Full Disclosure."

Stormy Daniels and her lawyer, Michael Avenatti, announced Wednesday morning on "The View," that she will be releasing her memoir, Full Disclosure, on Oct. 2.

"There's a lot in the book," Daniels mentions, whose legal name is Stephanie Clifford.

RELATED READS: Is Pluto a planet after all? New research says yes, though the debate rages on | Apple leaks names of new iPhone models ahead of Wednesday's announcement | There will be a petting zoo at Rittenhouse Square to celebrate new 'Billy the Goat'

Daniels made headlines last year after coming out about her affair with President Donald Trump in 2006.

On whether there will be details about the night she spent with Trump, Daniels replies, "It's full disclosure. That's why I named it that."

Her memoir isn't solely about the affair, however, mentioning, "That doesn’t define me."

According to Daniels, this book was 10 years in the making, noting that she's tested a few chapters of the book at panels at exotic conventions years before.

“The book was always going to happen. It’s just now there’s more information in it.”

Co-host Sunny Hostin read a few excerpts from the book and stated, “I was struck by some of the details about being a stripper, about being in the adult entertainment industry, things that I never knew happened. And the women that are involved, it’s a dangerous profession, and you go into that quite a bit.”

On a last note, Avenatti was rather quick to add, "It's going to be a long three weeks before the book comes out for Donald Trump."

But the affair is only “one piece” of the book, co-host Whoopi Goldberg mentions: “The book is really about you, and that’s the most important thing.”

The interview discussed other hot topics for the adult entertainment star, such as her arrest in Ohio, which she believes to be entrapment, and her opinion on Trump lawyer Rudy Guiliani's comments that she has "no reputation."