Is Pluto a planet after all? New research says yes, though the debate rages on

Astrophysicist Neil deGrasse Tyson is not having it 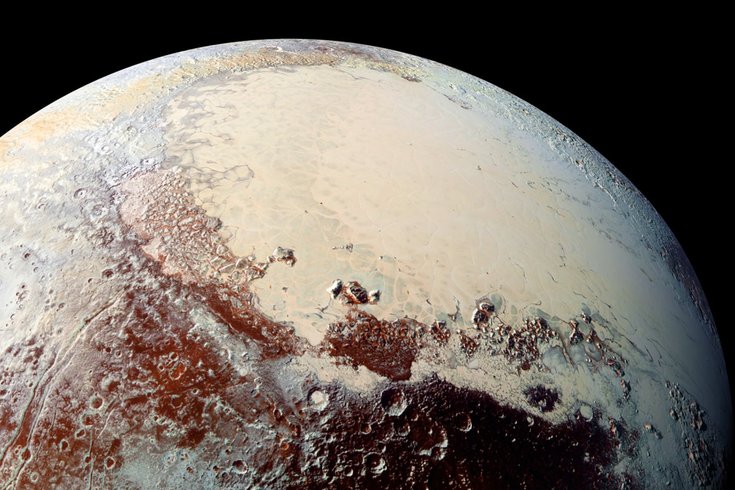 This image was captured by NASA’s New Horizons spacecraft on its Pluto flyby in 2015. Pluto has been out of the planet family since 2006, but new research argues it should be reinstated as the 9th planet in the solar system.

Long ago, in the pre-iPhone dark ages of 2006, Pluto was rebranded from its status as a planet and downgraded to dwarf planet classification, changing high school physics class forever.

Forever may be briefer than imagined, however. New research from the scientific journal Icarus makes the case for Pluto to be reinstated as a planet, and assess that it should never have been considered otherwise.

Not everyone agrees with the study, of course. One of the most public figures against it? Astrophysicist Neil deGrasse Tyson, who briefly touched on the subject with Stephen Colbert on "The Late Show," saying, "Pluto had it coming."

Why all the debate? The argument is rooted in exactly how planets are defined. When the International Astronomical Union first officiated Pluto as a dwarf planet, it was because of one necessary tenant of planethood: The celestial object must not only be round and orbit the sun, but also "clear the neighborhood" around its orbit.

That means it should be able to knock space rocks and other debris out of the way as it comes charging through; puny Pluto, which is equal to just 18 percent of the Earth's diameter – and as deGrasse Tyson notes in the clip below, is one-fifth the mass of the Earth's moon — is doesn't quite pack that gusto.

The new research, "The Reclassification of Asteroids from Planets to Non-Planets," argues that the "clear the neighborhood" criteria is dated and out of step with modern classification, positing instead that planets should be determined by whether gravity can enable the object to be spherical.

Tyson – with Colbert in agreement – was not having it, however.

Twitter, a creation most people hadn't heard of when Pluto was still a planet, also had a lot to say on the matter.

So after y’all pushed Pluto out in the cold now y’all want Pluto back as a planet? I hope Pluto curves scientists and the solar system.

So we are debating whether Pluto is a planet again?

and still has the biggest heart in the universe pic.twitter.com/I4haoWwfuY

Just found out that Pluto was demoted thirteen years ago. I still thought it was a planet.

pluto has always been a planet y’all were just mean

Wow, BTS really be out there making scientists reconsider their cruelty to Pluto. pic.twitter.com/CedofPSh5Y

I live for Pluto drama come thru bitch shake things up https://t.co/yvkhqmxFDd

Size of Pluto compared to the USA. pic.twitter.com/S1w24r3zDy

Though the new research certainly reignites the debate, the matter is far from settled – so, for now, there are still just eight planets in the solar system.