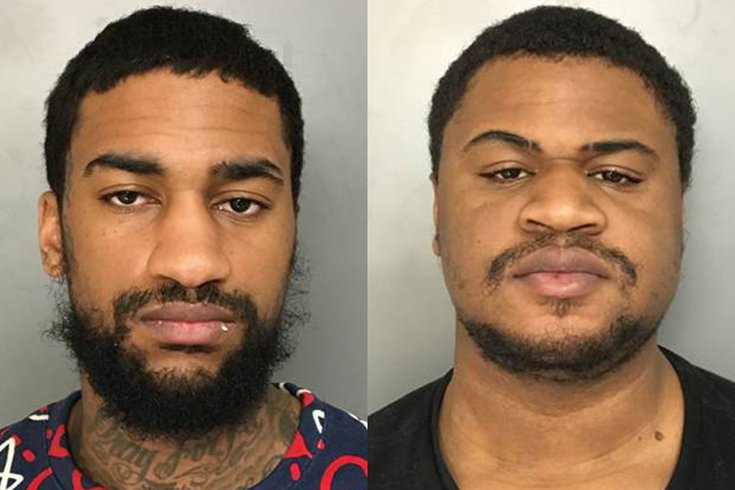 Jamil I. Chapman, 26, left, and Nasai J. Chapman, 23, both of Collingdale, face multiple felony counts for allegedly trafficking fentanyl and the deadlier carfentanil, which they ordered, purchased and had shipped from China to homes in Montgomery County, authorities said.

The investigation, dating back to the summer of 2017, began after a concerned citizen reported suspicious drug activity at the luxury Royal Athena apartments in Bala Cynwyd, where police had recently responded to an apparent heroin overdose.

A criminal complaint detailing the allegations against the Chapmans reveals a series of alleged phone conversations, some audaciously conducted on a prison line, about imminent drug transactions and logistics.

In September 2017, investigators found 75 bags of suspected fentanyl and acrylfentanyl inside the same apartment where the overdose took place three months earlier. The bags were marked with the word "PLUTO" and other evidence tested positive for carfentanil, prosecutors said.

When detectives learned that the Chapmans were expecting to receive an incoming shipment from China, Homeland Security investigators intercepted the package at JFK International Airport on Oct. 25, 2017.

Authorities later tracked down other orders the Chapmans allegedly received from China, seizing a total of 300 grams of fentanyl. They also documented pending shipments of 400 to 500 grams of the much deadlier carfentanil.

The Chapmans face multiple felony counts including operating a corrupt organization and related drug charges. Both defendants are being held at Montgomery County Prison in lieu of $250,000 bail and will each have preliminary hearings on April 10.