For adults with autism, a struggle to find jobs

'My failings are what they see more than my successes,' says an autistic young adult from Narberth 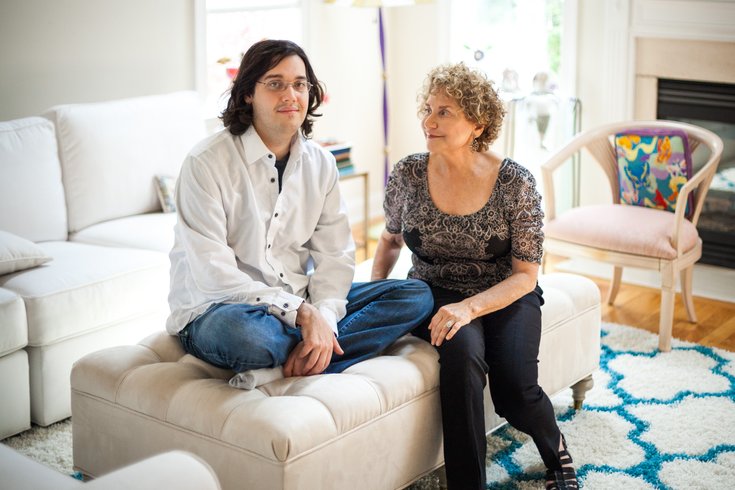 David Loewenstein, left, and his mother, Nancy Kleinberg, in the living room of their Narberth, Montgomery County, home.

Like a lot of other 25-year-old men, David Loewenstein loves video games. The young adult living in Narberth wants to become a video game designer himself, and he has a very simple reason why: "Every so often I've encountered the problem that there's a game that I very much want to play and no one has made it yet," he said. "So I want to make it."

At the moment, however, Loewenstein is unemployed. He's not alone: 58 percent of adults with autism were employed at some point during their early 20s, according to Drexel's National Autism Indicators Report.

People like Loewenstein can feel stuck in the middle: He says he wouldn't be satisfied in a menial or low-skill job, or a job that feels like it's being given to him only out of charity. At the same time, he has a range of issues with organization and focus that could turn off many employers.

"My failings are what they see more than my successes, and people look to see how you fit in the company rather than how the company fits around you," he said. 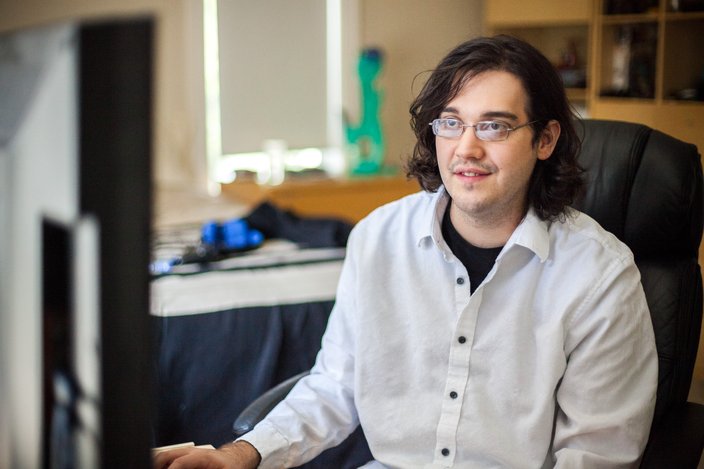 David Loewenstein, 25, an aspiring video game developer, works on a game at the computer in his bedroom.

Loewenstein's mother, Nancy Kleinberg, knows very well the challenges of employing adults with autism: She employed David and others with disabilities for several years in the nursing home that she ran. David worked first in maintenance and then activities, entertaining the seniors with science demonstrations and poker games (though, he grumbles, some of them cheated).

"My goal [was] to run a quality nursing home, good service to the residents, while being financially stable and trying to help these young adults, one of them being my son. I can tell you that they pretty much all succeeded, but I had to tailor-make the jobs to them," she said.

Kleinberg had to work "extremely hard with supervisors and managers" so that they understood the special needs of each employee. Loewenstein, for example, admits that he did things "a normal employee would be fired for," like leaving work unfinished.

"My mind just can't organize anything, and it's hard to pay attention to things and hear what people say and know what's important or how other people feel about what I'm saying," he said.

Another young woman who Kleinberg employed would finish an assigned task, then sit for three hours because she had not been given clear instructions on what to do next.

"The things that seem obvious to some people aren't obvious. It took a lot more supervision with specific instructions, a lot more patience," Kleinberg said.

The software company SAP, which has its North American headquarters in Newtown Square, Pennsylvania, has committed to employing people with autism as 1 percent of its global workforce. The company believes that workers on the spectrum often have unique abilities and ways of thinking that help contribute to creative problem-solving.

To help the initiative succeed, however, SAP has gone to significant lengths to accommodate its workers.

"We do basically a six-week process before they become employees," said Jose Velasco, who runs SAP's  Autism at Work program.

First, it reaches out to local universities and social service agencies to find recruits. These potential employees receive six weeks of training at SAP facilities. The first week covers "soft skills" like socialization and communication, while the remaining five weeks are devoted to a project that uses the LEGO Mindstorms robotics kit.

For example, a potential employee might work with a team to program a robot that will sense if an elderly person has fallen and then send a message to get help. At the end of training, the recruit has to give a presentation and a live demonstration of their project.

Pennsylvania's Office of Vocational Rehabilitation pays for the training at SAP's Newtown Square location, and the trainers come from the Arc of Philadelphia.

"One of the wonderful things about the program that we have in place is that because of the partners that we talk to, the Arc for example, that are doing business with us, the cost of somebody [with autism] coming to SAP does not vary tremendously from anybody else," said Velasco.

The support doesn't end after the employee is hired. They get a "support circle" that includes a manager who has undergone autism awareness training, a "team buddy" who works with them side-by-side and a mentor who helps them with socialization and networking through fun events like bowling nights or group dinners. Arc also provides a job- and life-skills coach. 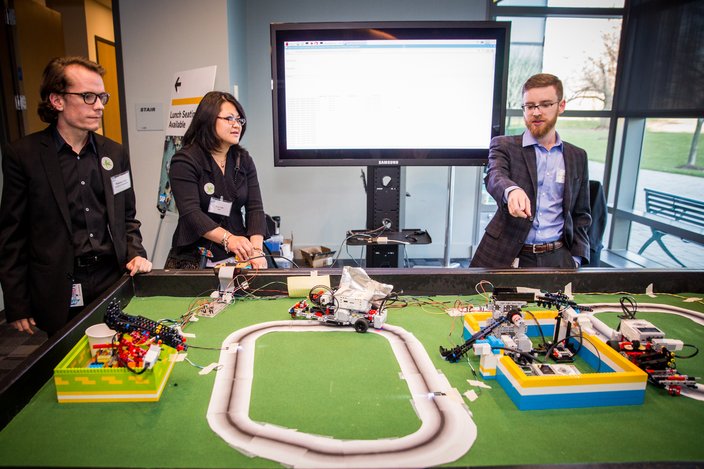 "We as mentors are getting to experience some incredible moments and positive things that you would not typically be a part of in the corporate world," said Gabrielle Robertson-Cawley, a mentor at the Newtown Square office.

One of her colleagues told her, for example, that a dinner she helped organize was "the first time he had ever gone out to dinner with people other than his parents." Another colleague told her that "for the first time in his life, he feels like he has real friends."

SAP's efforts appear to have paid off: it has employed 99 people on the spectrum in seven countries since 2013, including 17 interns. Employees on the spectrum have a retention rate of 96 percent. Velasco said that almost 60 other companies have approached him to ask about implementing their own programs.

"We are attracting really good talent into the organization...they are contributing every day to our business," he said.

However, he warned, companies that wish to emulate SAP's model must ensure that that they have the complete commitment of everyone from the Board of Directors down to entry-level employees.

"One of the risks that they have is not having support from executive management," he said.

Kleinberg agreed: it's not enough for employers to commit to hiring those with autism if they're not also prepared to support them.

"If all you do is expect them to act like a 'typical employee' it's a short failure," she said.

Kleinberg retired from the nursing home business, but now her dream is to open another business that will employ people like her son. She looks to Extraordinary Ventures, a nonprofit that employs 40 people with autism in North Carolina, as a model.

Another goal is to expand the social group, Socializing on the Spectrum, that she started online five years ago by establishing a brick-and-mortar community center for those with autism.

"It's really been amazing the friendships that have formed, and I would really like to form a social center...I think it's an extreme error when people think people on the spectrum are not social," she said.

Kleinberg sees no "rosy solution" or easy fix for the challenges that people on the spectrum face in gaining employment. It's an issue that will take a "concerted, coordinated effort" from private enterprise and public services.

"In the end, it will be cost-effective," she said. "We can't have 80, 75 percent of people on the spectrum jobless or on jobs that are way below their abilities. That's not good for anybody."