Turning to friends, family or social media may not always provide accurate feedback 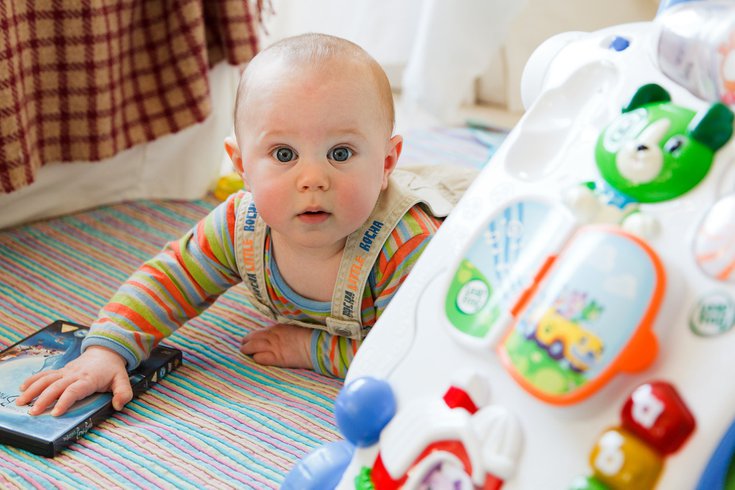 'Parents may be unsure whether their child is progressing appropriately for their age and are on track with peers,' says Dr. Gary L. Freed, a pediatrician at C.S. Mott Children's Hospital. 'While most do seek a professional's advice, some parents may turn to potentially less reliable sources, like friends or online content.'

Many parents fear their children are not hitting developmental milestones, such as walking and talking, at an appropriate age.

But a new poll conducted by the University of Michigan C.S. Mott Children's Hospital raises concerns that some of these parents aren't seeking the advice of an expert – like their child's pediatrician – for answers.

The poll found nearly 25% of parents suspect their child might be experiencing developmental delays. Of them, 18% sought the advice of family or friends, or turned to the internet, instead of reaching out to a health care provider.

"Parents may be unsure whether their child is progressing appropriately for their age and are on track with peers," said Dr. Gary L. Freed, a pediatrician who co-directed the poll. "While most do seek a professional's advice, some parents may turn to potentially less reliable sources, like friends or online content."

Freed said that friends, family or social media may provide inaccurate or outdated information to the worried parents. He also emphasized that though most milestones are reached within a predictable time frame, each child is unique and may reach them a little earlier or later, depending on individual development.

"This doesn't necessarily mean that one child is advanced or that another is delayed," Freed said. Certain factors, like a premature birth, may affect a child's natural development.

The poll, based on responses from 779 parents with at least one child age 5 or under, also found about one-third of parents compare their children to other children. That was more common among fathers than mothers.

If parents have any questions about their child's physical, social, emotional, communicative or cognitive development, they should talk to their child's healthcare provider, Freed said.

Well visits are the perfect time to check on a child's progress and to see whether additional support is needed.

Two months: Most babies begin to smile, make cooing noises and start to focus on people. They will hold their head up and may push up when lying on their stomach.

Four months: Most babies will engage more with people and mimic facial expressions and sounds. They will start to reach for toys and play with them. They may be able to roll over from stomach to back.

Six months: Most babies show more curiosity for the world around them and can respond to their own name. They have gotten clearer in expressing different emotions. They may start forming consonant sounds. Most babies can sit up without support, crawl and stand with support.

Nine months: Many babies may cling to familiar adults and may act shy toward strangers. They can understand the word "no" and make sounds that resemble words. Fine motor skills also are more developed. They can pick up small objects between their thumb and index finger. Many babies can pull themselves to a standing position while holding on for support.

12 months: One-year-olds often can say a few words and respond to people with a combination of words and gestures. Many are taking a few steps without holding onto anything for support. They can drink from a cup on their own and put things in and out of a container.

18 months: Most toddlers can say several words and start to pretend with their toys. They know how to use items like utensils or a hair brush and can point to things to communicate what they want. They are most likely walking and may even start to run.

Two years: Most children begin exerting their independence and want to play with other children. They can communicate in sentences of two to four words and can point to objects when they are named. They may be able to sort shapes and colors and kick and throw a ball. Most children can walk up and down stairs while holding on for support.