Parents are advised to take precautions when purchasing products secondhand 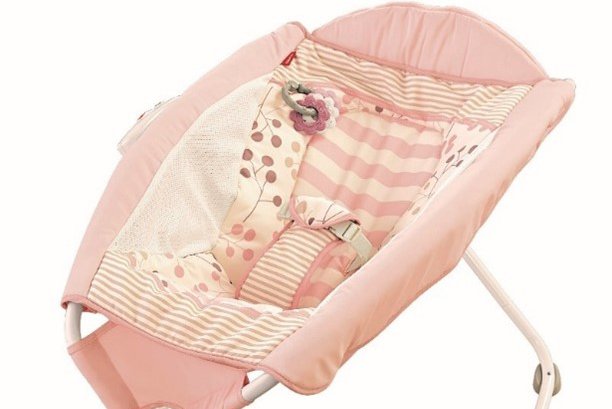 Fisher-Price is urging parents to discontinue using its Rock 'n Play Sleeper, which was recalled in April 2019, because it has been linked to about 100 infant deaths over a 13-year-period.

Fisher-Price initially recalled the sleeper because, at the time, 32 babies reportedly had died after they rolled from their backs to their stomachs or sides while unrestrained in the product. Since the recall, another 70 fatalities have been reported, including at least eight that occurred after the initial recall, the U.S. Consumer Product Safety Commission said Monday.

All of the deaths reportedly occurred while the infants were in the sleeper, but Fisher-Price said, in some cases, it has been unable to confirm the nature of the incident or that the product was a Rock 'n Play Sleeper.

The Rock 'n Play Sleeper, which was designed and marketed for babies to sleep on an incline, was sold by major retailers, including Walmart, Target and Amazon, from September 2009 through April 2019, with prices ranging from $40 to $149. The initial recall affected 4.7 million sleepers.

Studies have shown that inclined sleepers increase the risk of infants suffocating in their sleep. Last spring, President Joe Biden signed a law that banned the manufacture and sale of certain inclined infant sleepers and crib bumpers.

The American Academy of Pediatrics recommends that infants sleep only sleep on flat, non-inclined surfaces without soft bedding. They should be placed on their backs.

A recall for another sleeper – the Kids2 Rocking Sleeper – also was reissued Monday, because 15 infants reportedly have died using it, including four since the initial recall in April 2019. Consumers can get a refund by contacting Kids2 online or by calling (866) 869-7954 from 8 a.m. to 5 p.m. on Mondays through Fridays.

People with Rock 'n Play Sleepers are advised to contact Mattel, which owns Fisher-Price, for a refund or voucher. They can click "Recall & Safety" at the bottom of Mattel's website or call (866) 812-6518 from 9 a.m. to 6 p.m. on Mondays through Fridays.

Though it is illegal to sell or distribute recalled products, including these sleepers, they often are sold on secondary marketplaces, like Craigslist or Facebook, by sellers who may be unaware that the products have been recalled. Parents also sometimes receive recalled items secondhand from family members or friends.

Though some secondary websites try to identify and block sales of recalled items, and the U.S. Consumer Product Safety Commission monitors such sites for recalled and banned products, a 2019 Consumer Reports investigation found a plethora of recalled items on secondary marketplaces – including Rock 'n Play Sleepers. IKEA dressers that were recalled after several children died after the dressers tipped over also have appeared on resale sites.

One of the problems is that many sellers list items with a generic name like "baby sleeper" instead of the actual product name, according to Consumer Reports.

Buying secondhand baby gear can save parents money, but parents are advised to be careful that they're not purchasing items that have been recalled because of safety issues. Parents should look up the brand, model, serial number and manufacturing date of any product they are seeking to purchase, or receive, secondhand. They also can set Google alerts for baby product recalls.

When purchasing products new, parents are advised to register them so that they'll be notified about any recalls or need for repairs. If a company will not take back a recalled product, it is best to dismantle it completely before putting it in the trash so no one thinks it is safe to use, safety advocates say.

People who are selling baby products should check the CPSC website to ensure they haven't been recalled before listing them for sale.