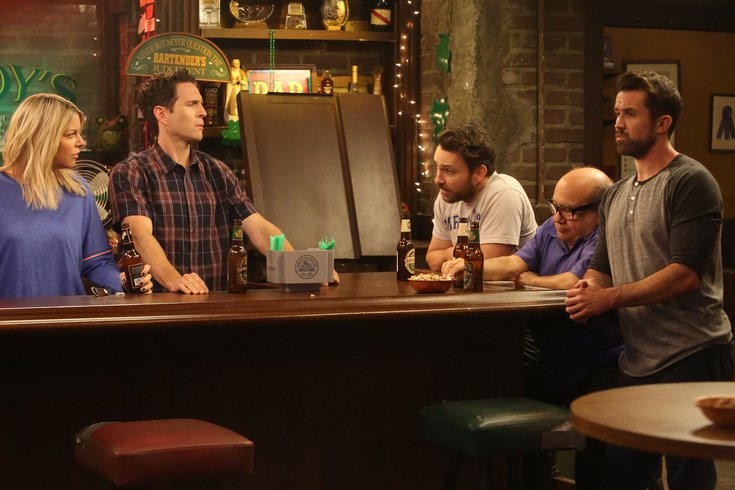 It's Always Sunny in Philadelphia might be the perfect background noise TV show.

You're working from home. You have a Hulu subscription and you need some background noise. What do you put on?

It seems like a simple premise, but there are a lot of factors to consider when picking a TV show to serve as the perfect background noise for being productive whether it be for your job or while doing chore around the house.

It came as little surprise that The Office won our big TV streaming bracket back when coronavirus first forced most of us home to quarantine and occupy ourselves in our own homes. That show crosses off nearly every fundamental requirement for a background show and beat out juggernauts like Game of Thrones for the top prize — shows that are certainly not apt for background viewing.

We decided to take a deep dive into the deep archives over at Hulu, which has hundreds of TV shows, to see which are the best for this all-important purpose. Here are our qualifications for what makes a show good background noise:

• Rewatchable (can be enjoyed and appreciated multiple times through)

• Something you've had the chance to watch before

Here's a look at the shows that perfectly fit the bill:

Seth McFarlane's comedy that makes fun of... everything... has been eclipsed by several now more shocking and envelope-pushing cartoons (like Rick and Morty) but it is very easy watching and when the jokes land, they can make you chuckle from across the room.

The adventures from the kids in South Park are entertaining and less unrefined now, as the series as evolved just as television has. We broke down the three best episodes to watch to get into binge mode for the series.

Futurama has perhaps the most heart of any cartoony option to watch and has a perfect combination of crude humor with high brow comedy. This is another show we broke down for "beginners."

It's a solid, formulaic sitcom that does have a little bit of serialization, but each episode also holds its own as a standalone watch. Even if you miss a bit to handle a phone call or get the mail, you can keep up with the show which boasts an incredibly rich comedic tapestry.

This could be the top pick for a background show. The plots are simple, the characters are almost always the same and rarely evolve, the episodes are not really dependent on those prior, and it's hilarious. These three episodes are good starters for newbies.

Another funny show with a simple premise and a whole lot of episodes.

If a show is on regular TV in reruns a lot, it's probably an easy pick for this list. Scrubs, like South Park and Family Guy, has been syndicated a ton and is a perfect pick.

Some of the jokes are so quick that if you blink you'll miss it, but the characters and plotting of this binge-able sitcom make it a good fit for inattentive viewing.

It's probably the GOAT sitcom and it's just as funny on a re-watch. It's made billions of dollars in syndication for a reason.

Cheers was the GOAT before Seinfeld and still holds its own.

Yes, there are dozens of episodes of the greatest gameshow of all time available on Hulu.

Law and Order probably was the original background show, and SVU works just as well.

You may be surprised to find out just how influential this classic was on modern television.

If you like classic TV, finding all the old original I Love Lucy's on Hulu makes you feel like a kid watching Nick at Nite with your parents on school nights all over again.

One of the best comedies ever, it seems almost underrated looking back at this profile of a single woman working behind the scenes at a TV station.