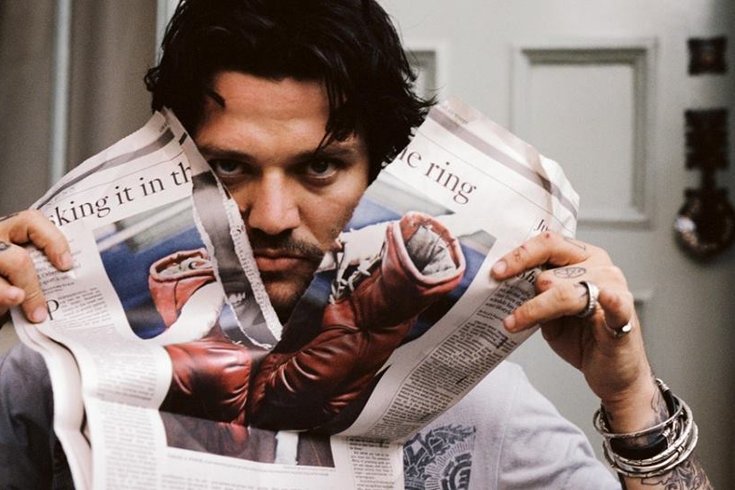 Bam Margera, West Chester native and thrower of rowdy skate parties, has decided to leave rehab 10 days after checking in on Jan. 1, 2019.

The note, prefaced to "dear a*sholes who want to talk sh*t about my sobriety," goes into detail about why Margera, 39, sought treatment and why the unnamed rehab center he chose in California was not working for him. After feeling restless to get to work and unable to handle projects from rehab, Margera said he's prepared to leave and be productive.

"By day number 5 in rehab I realized when I am bored is when I drink," the note reads.

"Well in rehab I am bored 50 percent of the time so that's when I figured out that when boredom sets in and alcohol is off limits, that's when I get creative as f*ck, an explosion of good ideas, exercise, skate, workout, yoga, hike, bike way more. Because I don't like to sit stagnant!"

The note goes on to describe how he was given no detox medications during rehab and was prohibited from making business calls.

"I am having great fun remembering how to come up with a productive endeavor without alcohol stepping in my way to ruin it again," he ends the note. "I am on a mission, thanks to the rehab, bye to the rehab. Now off I go to finish what I started."

In a postscript, Margera backtracks to describe his life so far and how his skating goals were realized early in life.

"At 28 I pretty much completed every goal I set out to do, so I started smoking cigarettes and started drinking more because I ran out of wishes and goals," he writes. He admits that he's tried cocaine, but "never ever tried heroin and never will, because I saw how it turned my talented best friend Brandon Novak ... to become a thief, a liar, a cheater, a raging drug addict, and alcoholic."

He mentions his 1-year-old daughter Phoenix Wolf as the catalyst for his wife to stop drinking.

"Now I realized that the party is over and I want to say goodbye to alcohol for good," he writes.

Since entering rehab at the start of the year, Margera shared another note on Instagram, also writing that "the party is over," and airing grievances about the rehab facility's policies of limited interaction with the outside world, including family.