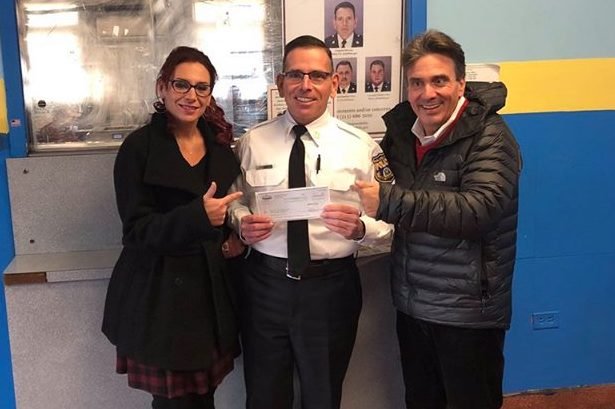 The Barbera Cares Program is celebrating 30 years of sharing and caring in communities throughout the Philadelphia area. All summer long, Barbera’s on the Boulevard—along with Gary Barbera and his Barbera Cares Programs—are celebrating this milestone in Cape May, the Capital City of Trenton, Center City, the Suburbs of Philadelphia and many counties throughout the state of Pennsylvania.

In honor of the 30th Anniversary celebration, the Barbera Cares Program has doubled-down on sharing Gary Barbera’s favorite Public Service Announcements (PSA), such as “Don’t Text and Drive,” “Slow Down Phone Down” and neighborhood initiatives that support the cornerstones of Pennsylvania communities. Over the years, he has supported the YMCA and the American Association for Cancer Research (AACR) and continues to take part in annual summertime neighborhood events.

The Barbera Cares PSA’s are placed on environmentally-friendly locations. These PSA sites include:

Because one out of every four car accidents in the United States is caused by texting and driving, Barbera Cares has doubled down on its “Don’t Text and Drive” and “Slow Down Phone Down” initiatives to keep Philly drivers safe. In addition to his PSA messaging, Gary Barbera is also an active participant in sponsoring Adopt-A-Highway initiatives. These signs help pay for highway cleanliness and maintenance. As a 2002 inaugural partner of Governor Edward G. Rendell’s Adopt-A-Highway statewide clean up initiatives, he is passionate about keeping the community safe and litter-free.

Recently, Gary Barbera took his philanthropic endeavors to the radio by co-hosting alongside John DeBella for the Veterans Radiothon, inspiring listeners to help raise money for the Veterans Multi-Service Center (VMC). This year the Radiothon collected an impressive $140,000 in donations, which will help local heroes who have served our country.

• Swimsuit Donations- Barbera teamed up with State Rep. Jared Solomon to give out new swimsuits to the children and families so they can beat the heat in a safe, friendly environment.
• Sista Strut - Raises awareness for breast cancer and benefits the American Association for Cancer Research.

He and his team also answer calls to increase appearances at the following festivals and parades:

For more information on any of the Barbera Cares Charities and Community Outreach Programs visit garybarberacares.org or garybarbera.com.